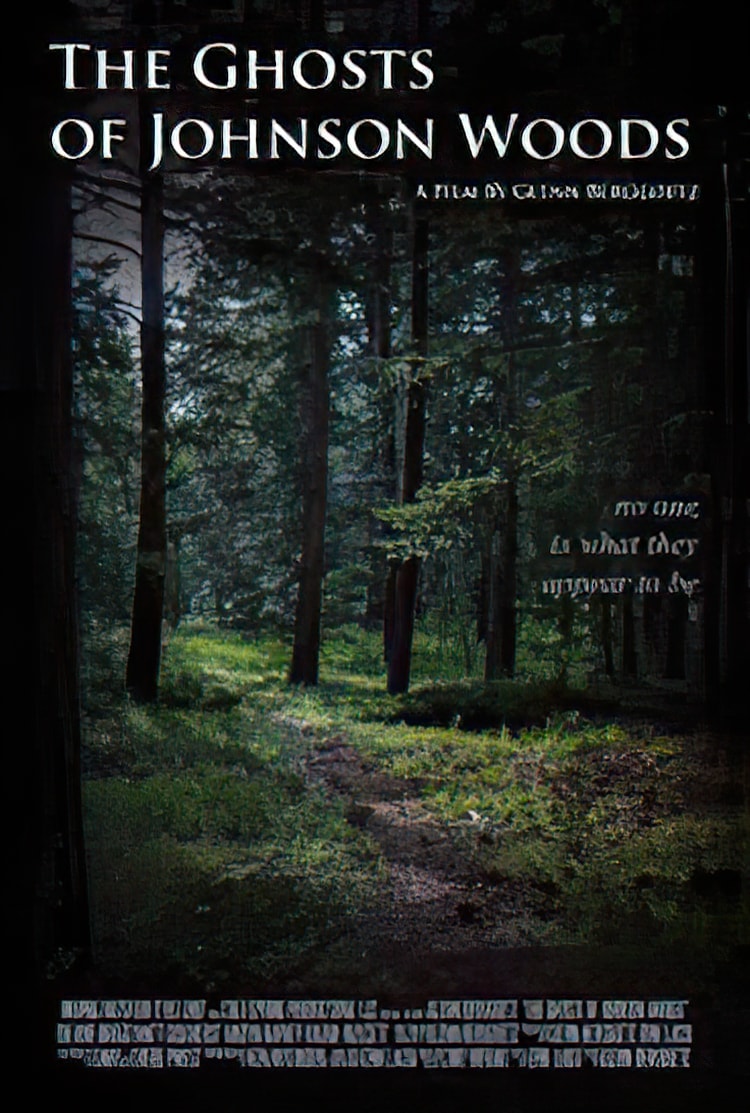 The Ghosts of Johnson Woods

Lenny (Matt ‘Goose’ Goosherst) wants to get famous more than everything – even though he’s pretty much a guy who seems to have loser written all over him: He’s overweight, he’s not the dancer he’d love to be, he does little YouTube videos that are about to get him exactly nowhere as a filmmaker, and him living in the middle of nowhere with his father (Joe Bob Briggs) doesn’t help much, now does it?

Well, maybe it does, because one day 17 year old Heather (Haidlyn Harvey) on Lenny’s doorstep, and she thinks he’s very talented and they should do a horror movie together – and let’s face it, Heather is really “adorable” (a word she uses most frequently describing herself) … but she’s underage, and she won’t let Lenny touch her – she’s very strict about this, even if he never makes a move mind you. Now Heather’s a really bossy type of person, and however determined she might be to make Lenny’s horror flick, she’s even more determined to look her absolute best in it.

For a time, this seems to be the perfect combination already – but while Lenny is content with the way things are (as in he’s not even hitting on the underage star of his film), she really pushes … and might push too far.