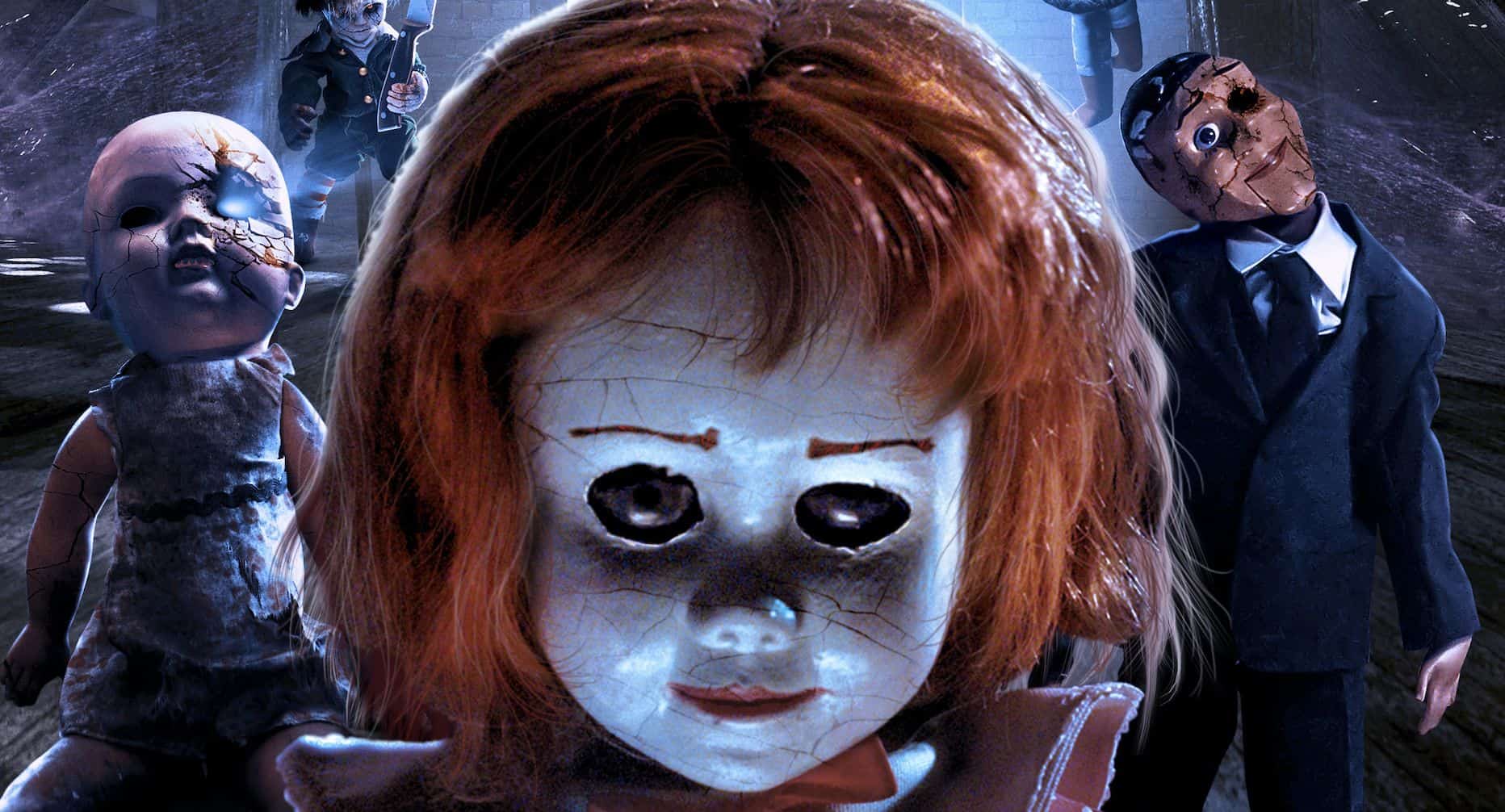 My daughter (she’s in second grade) went through a period where she was terrified of killer dolls, and it didn’t help that her older brother was talking up the Child’s Play flicks and The Con-juring (I spell it like that because that’s how he pronounced it, no editorializing intended) to increase her terror.

She got over it after I told her that killer dolls were pretty much the easiest kind of malevolent creature to destroy. I asked her what our dog did to its last stuffed toy with a squeaker in it, and that seemed to dissolve her fears a bit that if she encountered an evil doll that a dog could probably kick its butt, and if not the dog, then the push mower or a wood chipper would do the job.

Still, there’s a long tradition of flicks where you have marauding killer toys painting the screen red with the blood of victims.
You’ve got your Zuni fetish doll from Trilogy of Terror, you’ve got your Chucky from Child’s Play, you’ve got your Small Soldiers, There are those Devil Doll movies from the 1980s. There’s no shortage of Puppet Master flicks. There’s a bunch of other ones as well, newer and older. The short of it (pun intended) is that there are umpteen movies where small, possessed toys go bad for whatever reason and then start hacking folks up.

The new flick Dolls is another one. It shares a title with one of the lesser-known Stuart Gordon flicks (well, lesser known than Re-Animator) from 1987 about killer dolls, but a bit of a different setup. Here the demonic dolls are playing a psychological game in addition to the psychotic game and get to the business of terrifying a dad and his daughter.

The movie starts out with a bearded man with no practical use for a straight razor killing himself with a straight razor in his bathtub after he investigated a late-night package that was placed in the middle of his front yard and heard some creepy noises.

We then get introduced to Robert, whose marriage is crashing and burning. He’s in the process of relocating into the home of his deceased mom. In his exploration of the house, he goes in the attic and finds three “Attic Dolls” – a tall one with a messed up eye, a girl doll and a boy doll.

A children’s book creator, Robert gets inspired by the dolls, especially when they start showing up in unexpected places. He’s drinking a lot, so it doesn’t quite register to him that the dolls are showing up in places where he didn’t leave them.

Another unexpected occurrence comes when his 17-year-old daughter, Sammie, shows up on his doorstep railing against her mother for her cheating ways that deep-sixed the marriage. Mom shows up, pleasantries are exchanged, and Sammie sticks around with dad to work on his latest project, a book based on the dolls.

The book, by the way, is very “Babadook” and points toward what’s really going on, maybe. As the dad and daughter make progress on it, the dolls get more bold (or their descent into madness gets deeper).

Dee Wallace, she with the long drive-in resume that includes The Hills Have Eyes, The Howling and Cujo, among others, plays Margaret, who shows up at the house looking for Robert’s dead mom, Edna. She tells Sammie that her brother was the bearded guy in the beginning and that Robert’s mom was the psychologist who treated her brother’s multiple personality disorder by exorcizing three demons into those dolls that were in the attic of the house.

Dad gets busy trying to sell his Attic Dolls book. Sammie gets busy in other ways with the lawn boy who shows up.

While all this is going on, the little boy doll, named Tommy, turns out to be nice, offering Sammie the helpful advice of burning the crap out of all three of the attic dolls. This counsel eventually is taken, but not before people die. But, as in all horror movies, that’s not all folks.

“Dolls” does have its weaknesses – James, the boyfriend that Sammie meets and starts relations with in the span of about three days, is planning an excursion to Germany and says he’ll do some yardwork for $120 to pay for the trip; the estranged wife makes a nonsensical reappearance at the house (why would she go back there to where her soon-to-be-ex is to stay the night after missing her flight?) late in the flick solely for the excuse of adding another dead body to the totals, speaking of which …

Check it out on Google Play and it’s available on DVD as well..