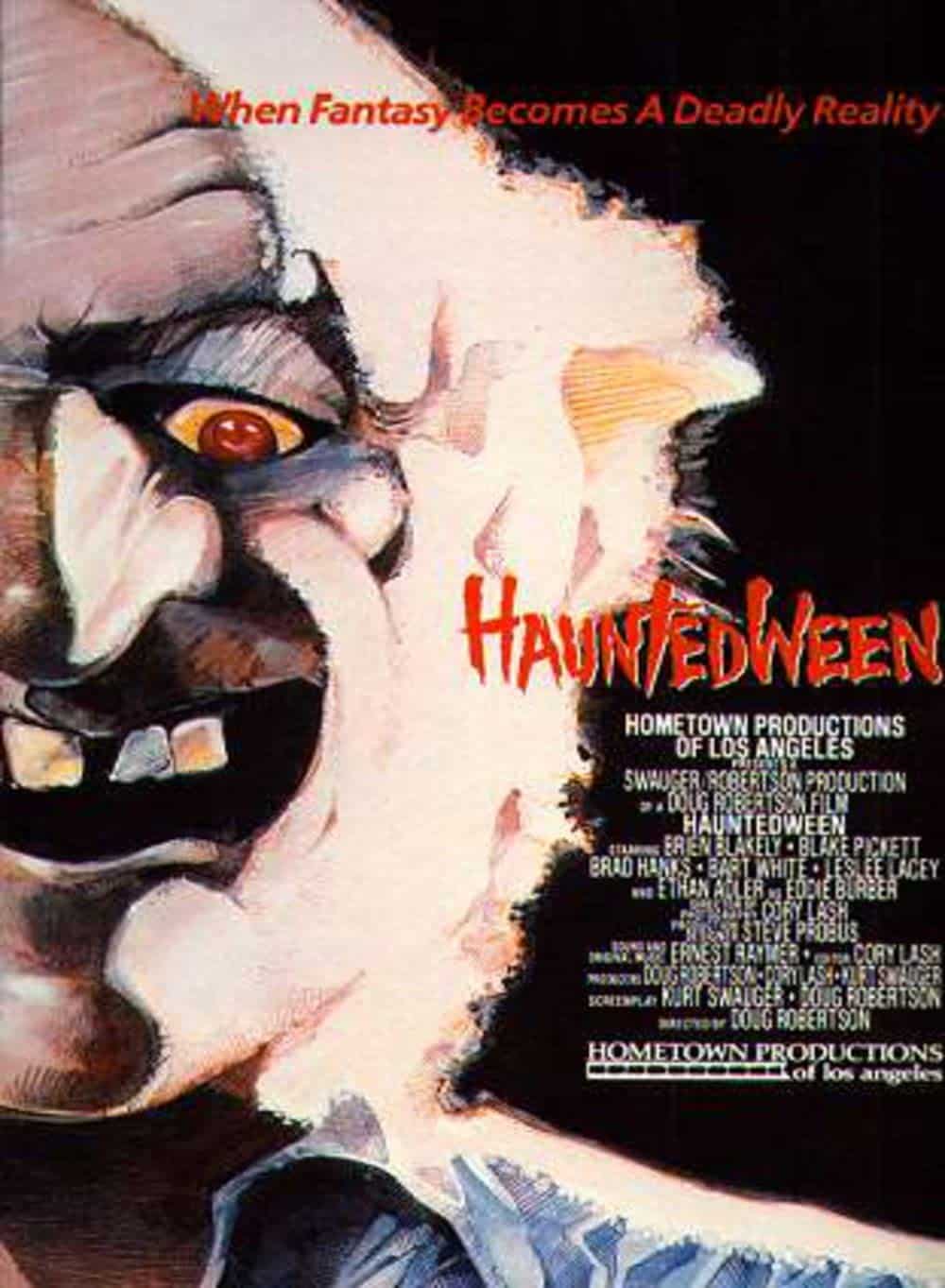 It’s Halloween, and this marks the anniversary of my first year of doing movie reviews for Joe Bob here on his website. I appreciate all of your feedback, suggestions and submissions for stuff to review – you can get in touch with me through JBB’s website or hit me up at nagybj@gmail.com if there’s something you’d like me to take a look at as we head into Year Numero Two-o. Big thanks to the man his ownself and the incomparable Tracy for giving me a chance to follow in his Texas-sized cowboy boots by doing some drive-in style reviews on his site.

So I was doing some crunching of numbers, which is slightly different than the smashing of pumpkins, and saw that I’ve reviewed a grand total of 36 flicks over the past calendar year. I’ll do my best to stay on a schedule of at least one a week until next Halloween and we’ll see whether I can make a dent in the umpteen bazillion movies I have in my review pile. Maybe we’ll even get a little interactivity going on by polling the Mutant Family out there to see what they’d want me to check out.

To recap, I’ve given out four-star ratings to the following flicks:

So let’s see if we can add one more to the bunch with this week’s flick, the appropriate for the season, HauntedWeen.

An ultra-low budget flick made in 1991 in and around Bowling Green, Ky., (home to the famous philharmonic orchestra that performed the Halloween soundtrack) it starts out with your typical Michael Myers setup where a kid goes off and kills someone else in the prologue. This time it’s a kid named Eddie Burber who’s not old enough to work inside the familial haunted house attraction, but he wears a demon mask anyway while sitting out front reading Famous Monsters of Filmland back issues and ushering people onto the property so they can go in the haunted house and get spooked out of their gourds. He’s one of those quiet types and sees a younger girl ride by with her folks, and they make eye contact.

Eddie knows a secret way into the house and he catches up with the girl, intent on scaring her and maybe proving that he does belong working in the house as a scare actor, but while he’s chasing her around in the dark, she ends up impaling herself on a piece of wood and then he decides to decapitate her with a machete.

The motivation isn’t clear whether Eddie was putting her out of her misery or that he wanted to kill her, but he gets his blood-soaked hiney out of there and is found by somebody out in a nearby field.

Twenty years later, we find out that Eddie didn’t get carted off to the western Kentucky equivalent of Smith’s Grove Sanitarium because it was his mom who found him in the woods and shielded them from the leu (that’s a gratuitous Peter Sellers reference for those of you keeping track). They’ve lived sequestered from the now-abandoned Burber House of Horrors for those two decades, but Mother keels over and had some orange fluid leak out of her, meaning she’s dead. This interrupts grown-up Eddie’s wood chopping and tips him over the edge, so he’s going to go all Psychonow (pun intended because that’s what he does and that’s what Norman Bates did).

So we leave Eddie seething in his rage for a while so he can accumulate a whole bunch of masks and come up with a plot to simultaneously tie the next 45 minutes of plot together that involves a Tophill State College fraternity needing money to avoid being dechartered, the love triangle between the fraternity president, his girlfriend and a fellow Sigma Phi frat bro and leads to bloodshed at the end.

But along the way we get to meet folks like frat president Kurt, who does a Jimmy Swaggart impression, frat secretary Hanks, who does a Don Knotts impression, and a shirtless guy who looks like he idolizes either Freddie Mercury or Rick Rude and military presses a keg while they do a construction montage for the Burber House’s fateful reopening.

There was an Indiegogo attempt a few years back to get funding together for a sequel that was teased in the credits of the 20thanniversary HauntedWeen DVD that I checked out. That effort was a long time ago and doesn’t appear to have gone farther than script development and make-up effects planning.

Sadly, W. Doug Robertson, the writer/director of HauntedWeen, passed away in May (he ran a company and piloted hot-air balloons in the Bowling Green area). The website for the flick has gone dark, the DVDs go for about $40 and it’s not available on any streaming service at the moment, although if you look hard enough, you can find a way to watch it via certain unofficial methods on the tube.

I regret that I did not review this film while Robertson was alive. It’s a special, earnest movie that mashes up Halloween, a 1980s college frat sex comedy and the performance-art aspects of Blood Sucking Freaks. The acting is not great, but it has its charm — everyone tries his or her best. There are some surprisingly well-staged shots, especially during the first frat-party scene – it’s not two people to the exclusion of all else, which is a trap the indy filmmakers often fall into, and through hard work and determination, Robertson got his film self-distributed on VHS in 22 states back in 1991.

And while it is a small independent regional flick shot in Kentucky, once business picks up in the haunted house, it sidles up to the point of getting nasty, especially when Eddie sets up his Kill Room and comes really close to actually crossing the line into the realm of Texas Chain Saw Massacre mean. Robertson even worked in some social commentary about who’s worse – the killer who’s just putting on a show and giving folks what they came to see or the people who are taking pleasure watching people getting actually killed.

And lest you think they got all cerebral on us, HauntedWeen does end with a flamethrower fight, some Shotgun Fu and a primo crash-and-burn.

Year 1 of reviews ends with another four-star flick. Check it out if you can find it, and take a moment this Halloween to remember Mr. Robertson.

Next review – we head back into the woods with some more Bigfoot flicks.

Ben Nagy has written and edited stuff for newspapers, magazines and websites and randomly showed up on the doorstep of Joe Bob’s booth in Kentucky one day after a commute from Cleveburg. After watching Joe Bob present “Motel Hell” on MonsterVision in college in 1996, Ben knew he’d make it through. To submit a flick to review or send hate mail, email nagybj@gmail.com, go through Joe Bob's site contact form or find him hanging out at most of the usual JBB social media haunts.