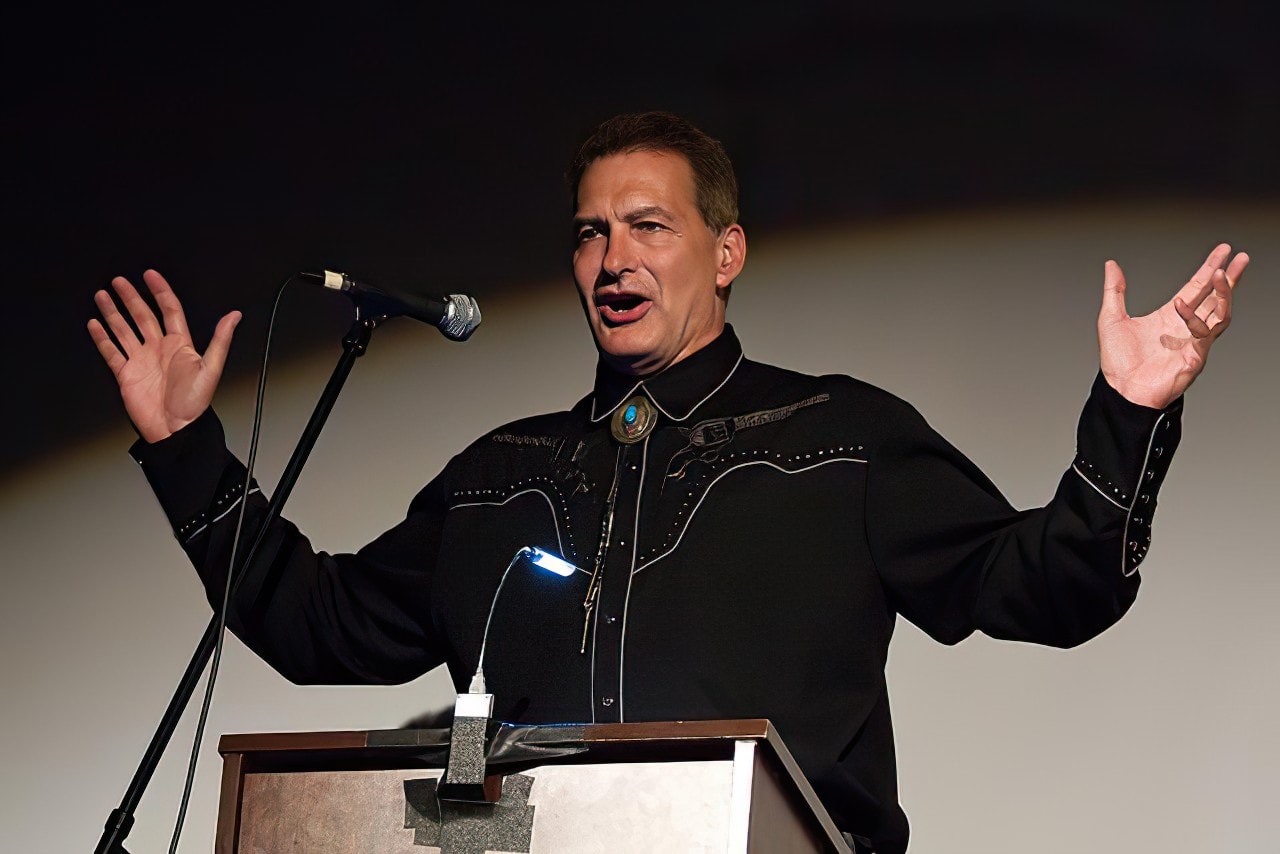 Spend a fast-and-furious two hours with America’s drive-in movie critic as he uses over 200 clips and stills to review the history of rednecks in America as told through the classics of both grindhouse and mainstream movies. You will learn:

-The identity of the first redneck in history.
-The precise date the first redneck arrived in America.
-The most sacred redneck cinematic moments.
-How Thunder Road, the Whiskey Rebellion, the tight cutoffs worn by Claudia Jennings in Gator Bait, illegal Coors beer, and the Cannonball Baker Sea-to-Shining-Sea Memorial Trophy Dash combined to inspire the greatest movie in the history of the world.

-Why the redneck is the scariest monster in all of film history, with visual evidence.
-The existential difference between Forrest Gump and Sling Blade.
-The reason God loves rednecks.
. . . and dozens of other historical facts that you didn’t realize you needed until Joe Bob deposited them in the rear lobe of your brain.

John Bloom, best known as his alter ego, “Joe Bob Briggs,” is a nationally syndicated “drive-in movie critic” whose wisecracking take on B-movies was featured on two long-running late-night television shows, first on The Movie Channel and then on TNT. That tradition continues with his latest series, The Last Drive-In, currently featured on AMC’s Shudder streaming platform.

Briggs is also a successful investigative journalist, actor, and author. His nine books include the true-crime classic Evidence of Love (1984), Profoundly Disturbing: Shocking Movies that Changed History (2003) and, most recently, Eccentric Orbits: The Iridium Story (2016).

Briggs has been a finalist for the National Magazine Award three times and was nominated for the Pulitzer Prize by United Press International for his eyewitness coverage of 9/11. He has appeared in several movies, including Casino, Face/Off, and Great Balls of Fire, and was a special commentator for The Daily Show for two years. He toured with a one-man show, Joe Bob Dead in Concert, and continues to be a regular host and Master of Ceremonies at film festivals and exploitation film conventions. Joe Bob is currently touring with his critically acclaimed comedy lecture How Rednecks Saved Hollywood, a one-man multi-media presentation that traces the entire history of the redneck, as told through movies, from 16th-century Scotland to the present.