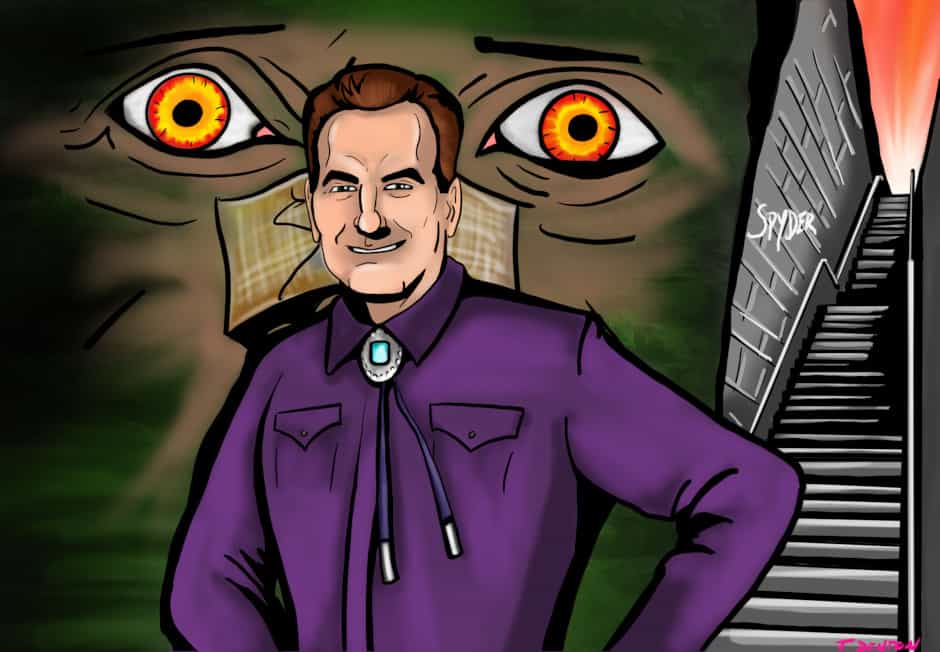 There’s a carp swimming back and forth in my tub. And I want to kill it.

Friday night my drive-in dreams came true. No, Joe Bob didn’t come out in hot pants doing the Native American dance he learned as a young Eagle Scout in Texarkana. He showed Exorcist III, not as good as the original but miles ahead of Exorcist II: The Heretic. (Fun Fact 1: Joe Bob’s MonsterVision rant on the film and its debts to French Jesuit philosopher Pierre Teilhard de Chardin is still one of his best. Fun Fact 2: John Boorman directed Exorcist II and also directed Excalibur, in which Nicol Williamson who plays Father Mourning stars. Circle gets the Square.)

Yes, Exorcist III is a series of extended demonic monologues masquerading as a film. Yes, there’s gratuitous scenery chewing – from not one but four of the film’s stars. Yes there’s more yelling than at a biennial session of the Texas State legislature. But Exorcist III has a tone – a psychological, spiritual and dramatic gravity from the beginning and throughout that may not match what Friedkin achieved but makes Exorcist III feel like a film you need to watch even as it devolves into exposition. Most importantly, writer-director William Peter Blatty finally got his name over franchise door, even if the other part of that name was Exorcist III and not Legion.

The disputes between Blatty and original Exorcist director William Friedkin are well known, but I disagree with Joe Bob that Friedkin had no respect for the original novel. Blatty clearly didn’t get everything he wanted. No writer who sells the rights to their work does. But in Fear of God, the excellent 1998 documentary on the making of The Exorcist, Friedkin expresses clear reverence for Blatty’s novel:

Maybe the decades since the 1970s – when the director was god and everything was rebellion – had softened them both. I like to think they came to peace about it, particularly after 2000, when The Exorcist Director’s Cut restored a number of Blatty’s favorite scenes.

Despite the fact that Exorcist III, in the end, is a whole lotta speech gettin in the way of the story, it features some of the creepiest moments on film – as well as some of the warmest and most preposterous: The draining of Father Dyer’s blood-supply into a dozen-plus specimen cups, the words “It’s a Wonderfull Life” written on the wall in his blood, the friendship between Kinderman and Dyer, the carp speech, Patrick Ewing and Fabio in heaven, Nurse Allerton in general, the so-intense-it-makes your-eyes water performances of Jason Miller and Brad Dourif. And while no one can match Mercedes McCambridge, the androgynous growl that pierces the confessional in one of the film’s early death scenes is damn unsettling, converting the sacred space into a claustrophobic nightmare.

That not quite male, not quite female tone contrasts the roles defined in just about every demonic possession film ever made. While I’m sure there are at least a few films where men’s souls are squatted, most feature women who are deemed hysterical, possessed or both.  The men possessed are generally in league with the evil forces, not controlled and tormented by them. And yes, they usually go down in flames as even Satan grows bored by minions who let power go to their heads.

Speaking of men, women and evil, I’d be remiss if I didn’t talk about Joe Bob’s take on toxic masculinity by way of Gillette’s script-flipping “The Best Men Can Be” commercial from 2019. After watching it, I found it had more continuity than Joe Bob’s shot-by-shot description suggested – a tough feat to pull off if you haven’t seen the commercial. Call me naïve but I liked what the commercial had to say.* I agree that the message was delivered by a company trying to sell a product. And Gillette almost certainly crunched their data to determine whether they’d be tweaking their product’s users (mostly men) while having a likely opposite effect on their buyers (predominantly women**).

Maybe – as a friend suggested – the commercial was just so much virtue signaling. But all commercials exhibit virtue signaling – even when the “virtue” is male sexual power. Maybe companies should just stay out of it. Celebrities too. “Stay in your lane rock star, movie star. We don’t need to hear your views on war, the environment or your latest pet charity.” To me, that’s just another form of censorship, one that judges the validity of opinion by a person’s chosen profession. But enough Gratuitous Blogger monologue: The Gillette Fusion 5 ProShield is a fucking amazing razor.

Now, back to the flick. Roll it Joe Bob:

Exorcist III is the story of what happens to a cop in Washington, DC who interviews a guy in a mental ward who seems to be a demon acting out the crimes of a dead serial killer inside the soul of the dead priest from the first movie but inhabiting the body of Brad Dourif while killers roam the streets of Georgetown cutting the heads off Jesus statues and ruining property values. Sure, we’ve seen it before but have we seen it with Nicol Williamson getting plastered to the ceiling by demonic forces while performing an exorcism for no reason? I think not. Let’s look at those drive-in totals.

I’d add George C. Scott Fu. Readers of this blog are well acquainted with my crush on the now-dead thespian. To each his own. Speaking of acquired tastes…

Next Up: He quit the gangs. They killed his girlfriend. He became Deadbeat at Dawn. Take it away Mr. Nagy.

* I generally don’t engage in the cultural back-and-forths that predominate Twitter. As a horror fan – of 60s, 70s and 80s gialli and slashers in particular – I accept, by the mere act of watching these films, a certain amount of violent masochism. I don’t mean ACCEPT accept but I also don’t turn away. That’s something we all have to wrestle with, just as we do the sex and gore of the genre in general and why we come back for more.