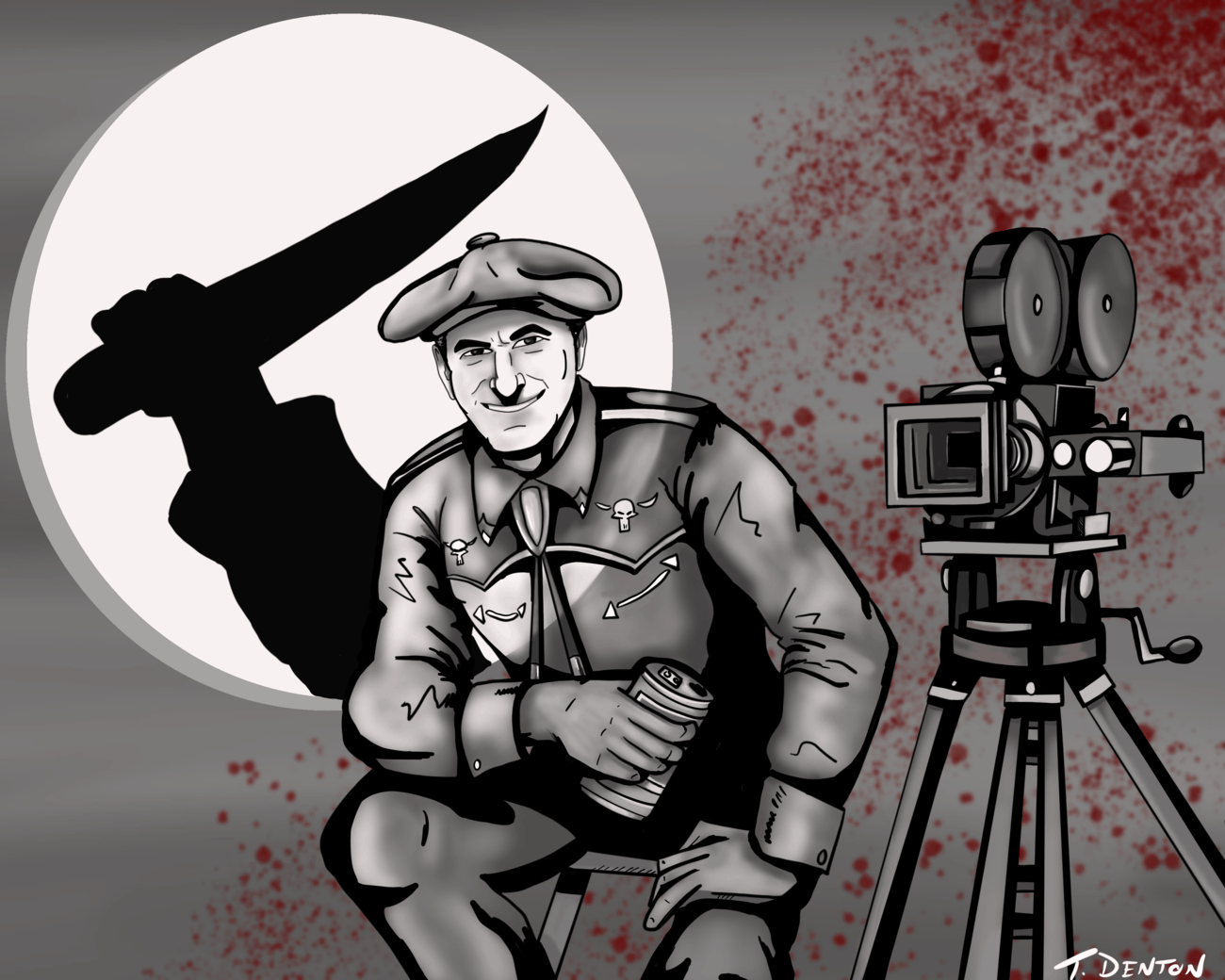 What filmmakers do in the shadows

Horror was born in black and white. Whether your favorites are those early Universal classics – Phantom of the Opera, Dracula, Frankenstein – or German expressionist films like Nosferatu and The Cabinet of Dr. Caligari, that inspired generations of film-makers, certain films demand a mood only B&W can deliver.

Black and white film can be notoriously difficult to work with. But director Ana Lily Amirpour wouldn’t have had it any other way when making A Girl Walks Home Alone At Night, a surprise selection during Season 1 of The Last Drive-In. Mentioning the film’s use of B&W, Joe Bob described the film as “a dream vision, a series of paintings, an imaginary world of desolate places and empty people looking for something to do.” Reminds me of film noir, a genre that wouldn’t exist without black and white. In film noir, hardboiled detectives and hard-hearted dames play out their dramas in the shadows (literally and figuratively), waging games of love and murder in which there are no winners, only losers.

Besides genre-level use of the technique, here are a few films that use black and white to brilliant degree.

Godzilla. I recently watched the original 1954 Japanese film start to finish for the first time – a subtitled classic that my friend Martin rightly calls “a black and white beauty.” Inspired not only by America’s nuclear attack on Hiroshima and Nagasaki but a later atomic testing incident that exposed the hapless crew of the Lucky Dragon No. 5 Japanese fishing vessel to deadly radiation, Godzilla plays like a funeral dirge: slow, grief-soaked yet also proud. In the film’s concluding underwater scenes, Dr. Serizawa uses his Oxygen Destroyer to disintegrate the King of the Monsters. It’s a sad end: sad for the creature, sad for humanity’s fate if the use of weapons of mass destruction continues to proliferate. I can’t imagine seeing the slow turn of Godzilla’s head as he senses dark fate approaching in anything but black and white.

Psycho. Hitchcock famously switched between color and black and white films over the course of his career. After the lush beauty of Dial M for Murder, Rear Window and Vertigo, Hitchcock went dark. The silhouetted figure of Norman Bates on the hill by his maternal haunted house recalls classic monster movies while giving us a thoroughly modern murderer. It’s hard to believe that Frenzy, Hitch’s last film, came from the same director. Black and white was an end to several of Hitchcock’s means, including softening the infamous shower scene. More than four decades later, a very different kind of film-maker would use black and white to a similar effect.

Kill Bill. When I saw Quentin Tarantino’s fourth feature film – in particular Bill’s point-blank gunshot to the Bride’s Head – I knew just why he depicted those blood-soaked scenes in anime: stylizing like Hitchcock so he could get away with the gore. In other scenes, Tarantino uses black and white to accentuate her rage as she seeks revenge on her assassins. Instead of seeing red, we see black and white. Q’s use of both color and black and white within the same film calls to mind the industry’s most famous example…

Wizard of Oz. No discussion of black and white is complete without mentioning The Wizard of Oz, where B&W bookends Dorothy’s journey through the Emerald City until she arrives at place she began: There’s no place like home. It’s a great film to end this week’s blog on. And what’s more Last Drive-In tangential than mentioning Quentin Tarantino and Judy Garland in such close proximity?