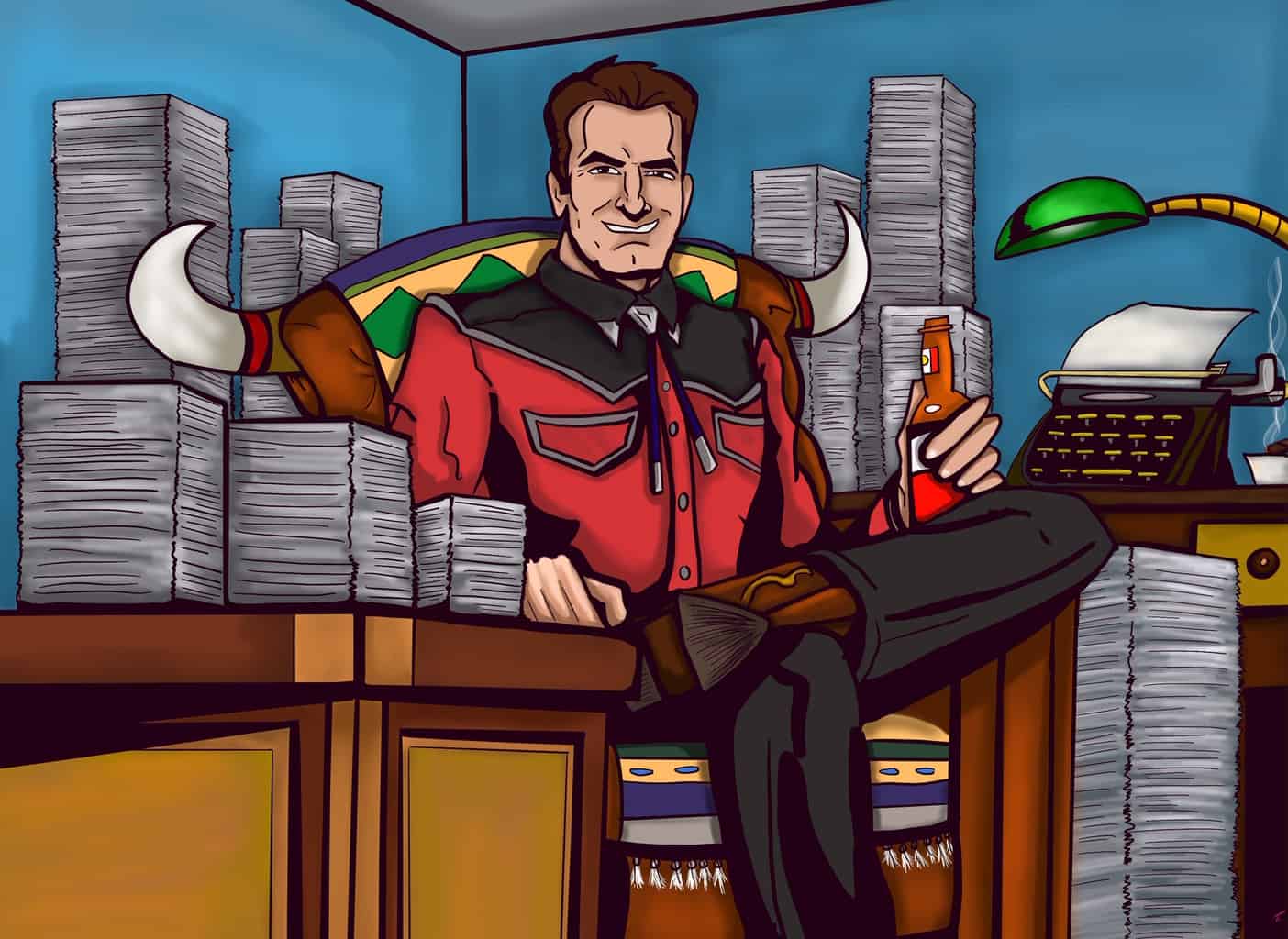 The Last Drive-In | A Joe Bob Original: How to be a Writer

Wanna know the secret? WRITE. Every day. No exceptions.

Sometimes people ask me how to write. Friends, mostly.

“I’ve got this great idea for a book. All I need to know is how to get it in shape.”

Or “I’m planning to be a writer. Do you have any advice on where I could start out?”

Or sometimes I would get invitations to speak at writers conferences or journalism conventions or university seminars on weighty topics like “The Modern Humorous Essay.” And I would go to cocktail parties where bitter white wine was served in plastic glasses by women with two last names. And, for a while, when I first got these invitations, I would actually accept them and go spend a day spouting off about this thing and that thing and the other thing. And people would TAKE NOTES on the stuff I was saying. And when aspiring writers wrote me letters, I would write them back, volunteering suggestions on how to write and when to write and so on and so forth. And the aspiring writers would write me back, so GRATEFUL for what I had told them.

I DIDN’T KNOW WHAT THE HECK I WAS TALKING ABOUT.

If you met me during this Blabbermouth Period of my life, then you already REALIZE, of course, that I didn’t know what the heck I was talking about. But this realization didn’t hit me until much much later.

Anybody with a sheet of paper can do it. So you become a writer on the day you say “I’m a writer.” It doesn’t matter where your income comes from. The work you take joy from is writing.

A Bit of Writing Knowledge from Joe Bob, Numero Nine-o

Now I’m trying to make up for it. I know practically NOTHING about the science, or art, or craft, of writing. But this column contains EVERYTHING that I know beyond a doubt.

1. The way you become a writer is you WRITE. Every day. No exceptions.

Nobody believes this. Everybody wants to believe in something called “talent” or “inspiration” or “the knack for it.” Maybe there IS such a thing, but it has nothing to do with becoming a writer.

So when someone says “I wanna be a writer — what do I do?,” the first thing I say is “Go and write for two hours a day for two weeks, and then bring me what you’ve written.”

To a professional writer, this is a very LIGHT writing schedule. But 99 percent of them vanish forever.

It’s too mundane. Nobody believes it.

2. What you write is not important.

Nobody believes this, either. Most people think “If I could just get the right IDEA, then the writing would flow.” That’s like saying “If Nolan Ryan would just throw me the right pitch, then I could hit home runs for the Yankees.” Before you get the chance to face the big pitch from Nolan Ryan, you have to hit 200,000 other pitches. Every day. No exceptions.

3. Nobody is going to steal your idea.

Everyone who is about to write a book is afraid that they will tell someone (like me) the topic, and six months later Doubleday will be bringing out a 200,000-copy first printing on the SAME topic, but written by Norman Mailer, and the aspiring writer’s chance for celebrity will be dashed.

Listen up. You don’t get widely plagiarized until you’re widely published — and then it doesn’t matter. Trust me on this.

4. THERE ARE NO NEW IDEAS. There are only individual expressions of old ideas. If you and I write the same thing, it will come out in two versions so different that no one will notice, but BOTH versions will be extremely similar to things written 3,000 years ago. To put it another way, your imagination doesn’t belong to you — it’s just something you’re entrusted with for a time.

5. Be honest. It always works.

6. Don’t listen to anybody’s opinions about what you write, especially your friends and family. (I don’t mean ignore these people. I mean listen to the voice inside you that says “That’s good” and “That stinks.” It’s the only voice that doesn’t lie.)

9. There are no membership cards or initiation rites for this profession. Anybody with a sheet of paper can do it. So you become a writer on the day you say “I’m a writer.” It doesn’t matter where your income comes from. The work you take joy from is writing.

10. Nobody can tell you how to write, but there are certain things you can do to get to a PLACE where you can write. There are three of them:

This is all I know.