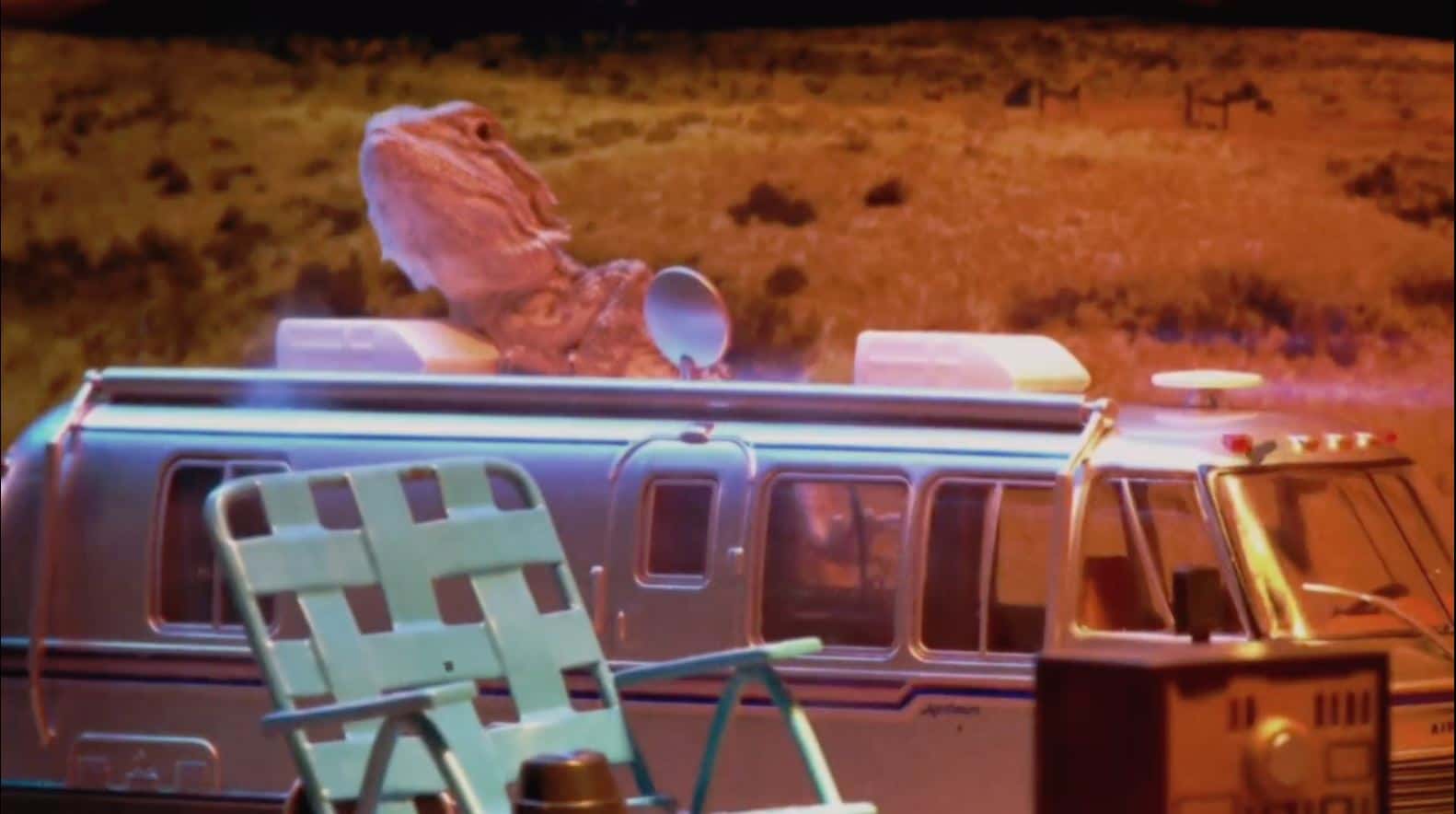 Probably the one film in the marathon that most mutants hadn’t seen – and with good reason. Until recently, you could only find The Legend of Boggy Creek on bootleg and even then from a poor quality print. As we know, Charles B. Pierce’s daughter Pamula changed all that. Boggy Creek was a first-of-its-kind documentary based on real-life sightings of the Bigfoot-like Fouke monster who prowled the corridors of Texarkana in the early ’70s, and even earlier, according to some accounts. The film’s unique look and feel is legendary, and if you didn’t cry during “No One Sees the Flowers But Me,” well, we just don’t know what’s wrong with ya. Unfortunately, after 978 straight hours of movie watchin, Boggy Creek might have been the drive-in flick that did you in. Had we only known Hellraiser was next. If you haven’t seen this one yet or never finished it, do yourself a favor. Then you too can join that special group of fans who love to greet each other with Hey, Travis Crabtree! and Ya’ll wanna a Coke? – including Joe Bob hisself.

Features the Line “Let’s All Have a Coke. Ya’ll Want One?” Without Any Product Placement Deals Whatsoever. Take that Stranger Things Season 3.

Rating: 4 Balls. And the Tall Man Goes To: The Fouke Monster, Darcy’s cosplay

First Marathon Mention of a Recurring Joe Bob Theme: Joe Bob’s membership in the Tribal Dance Team of the Quapaw Chapter of the Boy Scout’s Order of the Arrow. Actually, you might never hear this one again.

Not-At-All-Official Last-Drive-In Anniversary Bracket Results: Lost in Round 1 to Hellraiser

“He’ll tear your soul apart!” But not before Julia leaves you to die on the attic floor with an incredibly brief case of the blue balls (Phantasm balls, no relation). That’s right, it was time to stop bein nerds and watch the film that Joe Bob called the best gore flick of the ’80s, the greatest exploitation movie of the ’80s, a masterpiece, the most original horror story of the past 50 years, and one of the greatest horror films in history — all in a single episode: Hellraiser. Twenty-four hours in was Come to Daddy time, which sounds just about right for Clive Barker.

Tear in Your Beer Moment: Jesus wept. Because Joe Bob told us there was just one movie left.

First Marathon Mention of a Recurring Joe Bob Theme: We were out of first mentions at this point.

Not-At-All-Official Last-Drive-In Anniversary Bracket Results: Lost in Round 2 to The Texas Chainsaw Massacre

“John Zacherle always kept his fees low enough to make sure he could take the gig. I never knew him to upstage anybody or steal a line. He was happy to be an ensemble player, a character actor when he was needed, the star when they wanted him to do that. And I honestly don’t think he ever knew how beloved he was … He was a soldier, he was there to work and amuse, and he didn’t care that we were working on a crappy insert stage because his whole life had been on a crappy insert stage and he knew the journey was not about the stage. It was about the life and the joy that you create while you’re standin on that stage. So John Zacherle, I never got to say this to ya, but wherever you are, this one is for you…” – Joe Bob Briggs

Pieces! A wild end to a wild ride in which we come full circle. In Sleepaway Camp, our Final Girl is really a Final Boy and in Pieces, our Final Boy becomes a Final Girl. Pieces features the finest example of water-thrashin since Elizabeth Berkley nearly aardvarked Kyle MacLachlan’s wangdoodle clean off his body in Showgirls.

Tear in Your Beer Moment: Thinking it was all over

Rating: 4 Balls. (Although technically two get subtracted in the final minute). And the Tall Man Goes To: Darcy’s final cosplay.

Not-At-All-Official Last-Drive-In Anniversary Bracket Results: Lost in Round 2 to Re-Animator

And the Tall Man Goes To: You Beautiful Mutants…You.

And it didn’t die. Instead of the marathon being the end, it was just the beginning — again. Keep reminiscin cause that’s what we do here at the Drive-In and get ready for Season 2. Your chair will be waitin for ya…