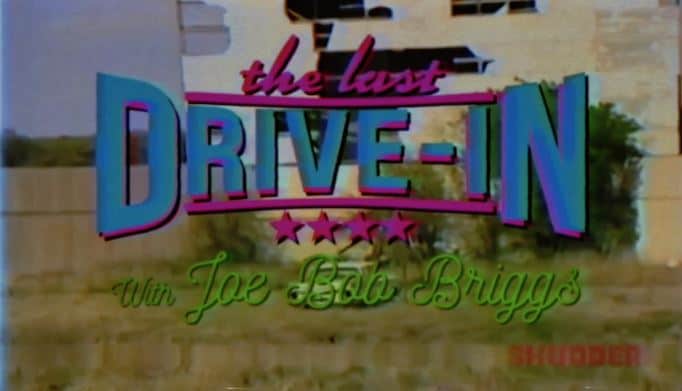 Herschell. Gordon. Awesome. Right around the time you’d have been stumblin out of bed for some life-saving hair of the dog, you got Blood Feast – a terrible movie and thus, one of the greatest drive-in flicks of all time. Before we incite Mutant-y on the Bounty, don’t worry. We are fully aware that Blood Feast is the original gore classic with a magic all its own, a movie reminds you that the really good horror films couldn’t exist without the early imperfect classics. Burnt bagel and warm Lone Star in hand you tuned in for Fuad Ramses, the Egyptian fundamentalist caterer with the gold plastic girlfriend and a little somethin special on the menu if you know what we mean and we think you do.

Made all the better by his own personal memories, Joe Bob granted us honorary PhDs in all things Herschell. Nothing short of prolific in the 1960s – the decade that gave birth to both Blood Feast and Two Thousand Maniacs!, perhaps the only Civil War horror-revenge porn flick ever made – The Notorious HGL all but disappeared after 1972. He made his early millions in nudist films, his late millions in direct-mail advertising, but re-emerged in 2002 with – you guessed it – Blood Feast 2: All U Can Eat. More marketer than auteur, Herschell excelled at anything he set his mind to. That includes the candy-apple red, Kaopectate fake-blood confection that made Blood Feast really pop.

P.S. Don’t tell Joe Bob I said auteur. I’ll get fired from this blog for sure.

First Marathon Mention of a Recurring Joe Bob Theme: Snooty New York critics who don’t give horror its due

Totally Tangential Phantasm Tie-In: After an Egyptian feast, everyone needs dessert. Whatcha got in the ice cream truck, Reggie?

What’s in the basket Boo Boo? Aww it ain’t nothin but my psychosexually stunted stump of a brother.

That’s right mutants. Film #8 was Basket Case or as Joe Bob describes it:

The sensitive story of two Siamese twin brothers (separated at 12) … one of em looks like a squashed octopus and lives in a picnic basket that his brother carries him around in while feedin him Big Macs in a Times Square hotel room and whenever anybody opens up the basket they get their face chewed off … so a romantic comedy for the ’80s.

If Basket Case weren’t so ridiculous, it’d be tragic, and it still kind of is. Kevin Van Hentenryck and his rock star hair stars as the boy who (cue REO Speedwagon’s “Keep On Lovin You”) will do almost anything to protect his little brother Belial. All from the mind of Frank “I am a strange little person” Henenlotter. Yes Frank … yes you are. And your creation proves two things: That the only place weirder than 42nd Street is upstate and that every boy needs a hobby, a significant other, and the chance to live an untethered life.

Tear in Your Beer Moment: Remembering the Hwy 183 Drive-In of Irving, Texas, and (thanks to Joe Bob) its uncensored Basket Case world premiere

Totally Tangential Phantasm Tie-In: The Tall Man makes Belial foreman of his dwarf zombie army, giving him purpose and taking his mind off those orange panties.

Break out a fresh box of No. 2 pencils and prepare to have every part of your brain hyp-no-fucking-tized! Film #9 was Re-Animator, the first of many Stuart Gordon-Jeffrey Combs-Barbara Crampton-H.P. Lovecraft classics. It’s the sensitive story of a nerd-face space-cadet med student who starts messing around with secret-formula juice the color of urine after you’ve had nine bottles of Gatorade — and finds out he has the power to bring somebody’s brain back to life after it gets smushed under an 18-wheeler.

Yes Joe Bob’s recap covered the whole gul’durn flick, it’s not WHAT happens. It’s HOW it happens. Stuart Gordon mic-dropped Re-Animator on an unsuspecting public in 1985, giving us Joe Bob’s favorite horror performance: David “Is this a head-on or a head-off point in the story?” Gale. We know of at least one scene that makes that question impossible to answer, if you know what we mean and we think you do.

Tear in Your Beer Moment: This is my farewell to movie hosting – Joe Bob Briggs

EPISODE BONUS! Drive-In Academy Award for Barbara Crampton, for having the brass vajayjays to get cunnilingus’ed by a disembodied stalker head in her first film – thankfully for us, not her last.

Totally Tangential Phantasm Tie-In: Morgues, returns from the dead, a love of Lovecraft.