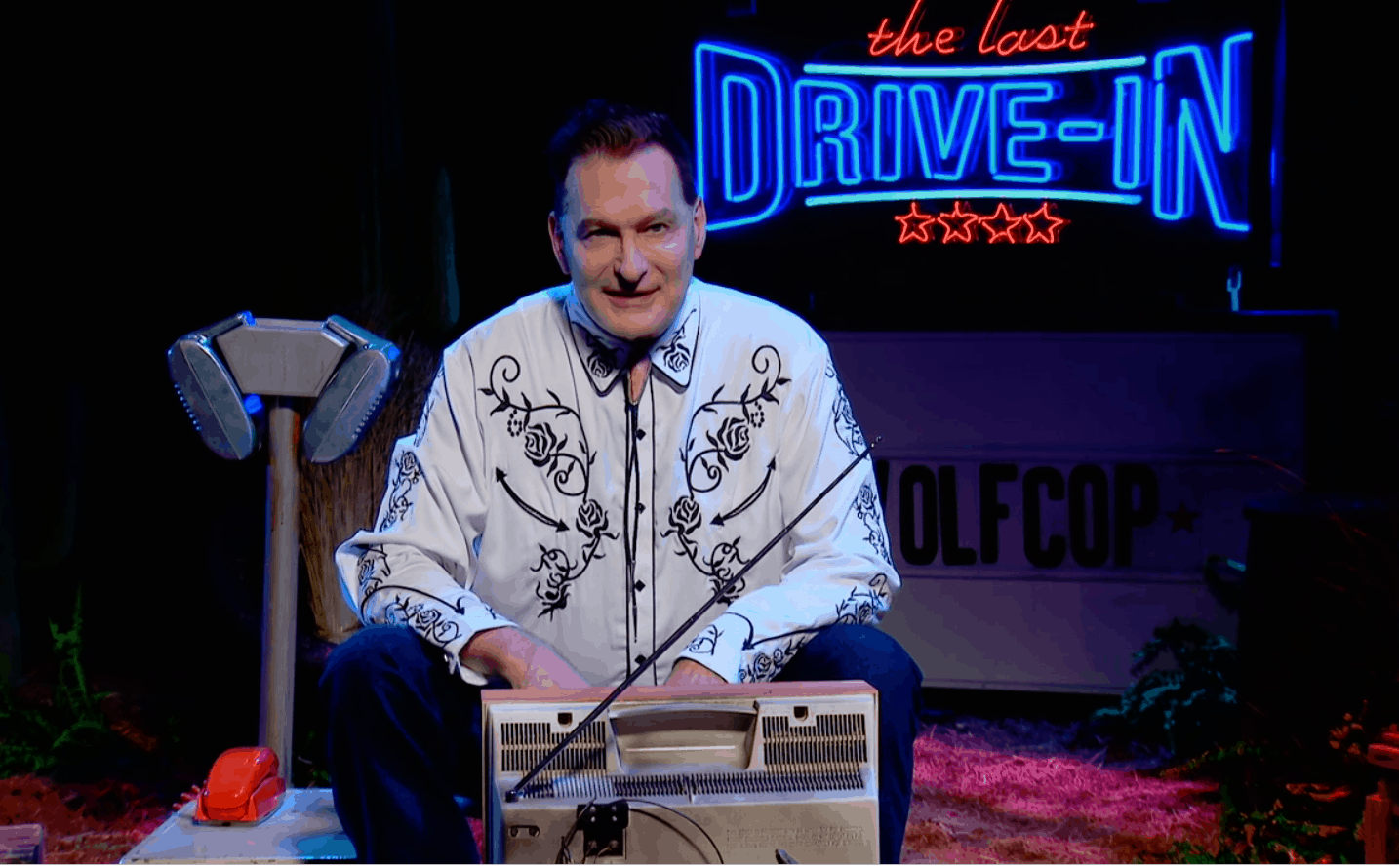 Nice Job If You Can Get It

Every wolf needs a side hustle. Maybe not Lyft. Maybe not zookeeper. Maybe not late-night drive-in host or foxy mail girl. But there are plenty of options, some of which require no formal training. Some wolves are particularly enterprising and carry multiple day jobs (Sonny Chiba’s cop/reporter (?) in Wolf Guy). If you’re a wolf hunter, we hate to tell you’re most likely a cop or a vampire. Consult the Myers-Briggs or Strengthsfinder to find your best fit or take advantage of Take Your Wolf to Work Day to explore interests. (Note: All wolves and wolf hunters love Liquor Donuts, not just cops.)

Without further ado, here is The Last Drive-In’s official list of common day jobs for lycanthropes and those who want to eradicate them. A big thank you to the Joe Bob Briggs Drive-In Mutant Collective for the research help. A list of the famous and infamous appear down below.

The role of cop is equally suitable for wolves and the wolf-killers who kill them. Season 1 made clear that lycanthropy and police procedural just seem to go together. Cops are a subset of Authority Figures, which also include soldiers. Sometimes, you have money (see You’re Loaded below), sometimes you’re hard-scrabble. Either way, do not abuse your power. Wolfen breast-fondling – not to be confused with the very distinct techniques associated with demon breast-pawing (Week 5, Episode 9) – is perfectly acceptable provided it’s consensual.

Horror movie monsters often symbolize emotions run amok, and teenager emotions are the amok-est. If you’re between the ages of 13 and 19, there’s a good chance you’re also a werewolf – whether you’re a jock, a nerd-turned-jock, a misfit or a future Joe Bob mutant. To confirm, check for abnormal hair growth (key word: abnormal). If you are a U.S. student visiting abroad, behave. No traveling while American. Lastly, you are about to acquire some special skills. Use them responsibly. You’ll be tempted to mention them in your college entrance essay or use them to cheat on your ASVAB. Don’t. Nobody likes a douche.

All the flesh that’s fit to rip. In werewolf movies, reporters/editors may also be evading serial killers, doubling as cops or be Jack Nicholson.

This gig you’re born to. If you’re a wolf, you are going to hunt vampires. The end.

Examples: Brotherhood of the Wolf, The Howling (conspirators), the Paul Naschy/Waldemar Daninsky films

If you’re a rich wolf, you either chose it, were born to it, or were forced into the life by random attack. You might be new money, you might be old money (with or without ancestral title). Sometimes you’re even an 18th-centlury French nobleman (Joe Bob approved if you keep your day job).

Werewolfdom knows no class or socioeconomic status. Chances are just as good that you’ll be an ordinary guy/gal when you find your inner wolf as landed gentry or titled nobility. As a schlub, you may travel alone, in pairs or with a group. If the latter, you may find yourself stuck on a train.

The Great White North is a natural habitat for wolves. The cold also predisposes you to drink – which is expected and even beneficial for all other career categories except Vampire Hunter.

Honorable Wolf Movie Mentions
Big Bad Wolf (singular and plural), The Curse of the Werewolf, Dark Shadows, two Red Riding Hood entries (The Company of Wolves and Trick ‘r Treat), The Werewolf of London, and finally Bubba the Redneck Werewolf – because leave it to a backwater from Broken Taint to be one-third savior, one-third outlaw and, because he’s not good at math, two-thirds wolf.

*No American hubris intended. The Gratuitous Blogger’s husband is after all from Southern Ontario.