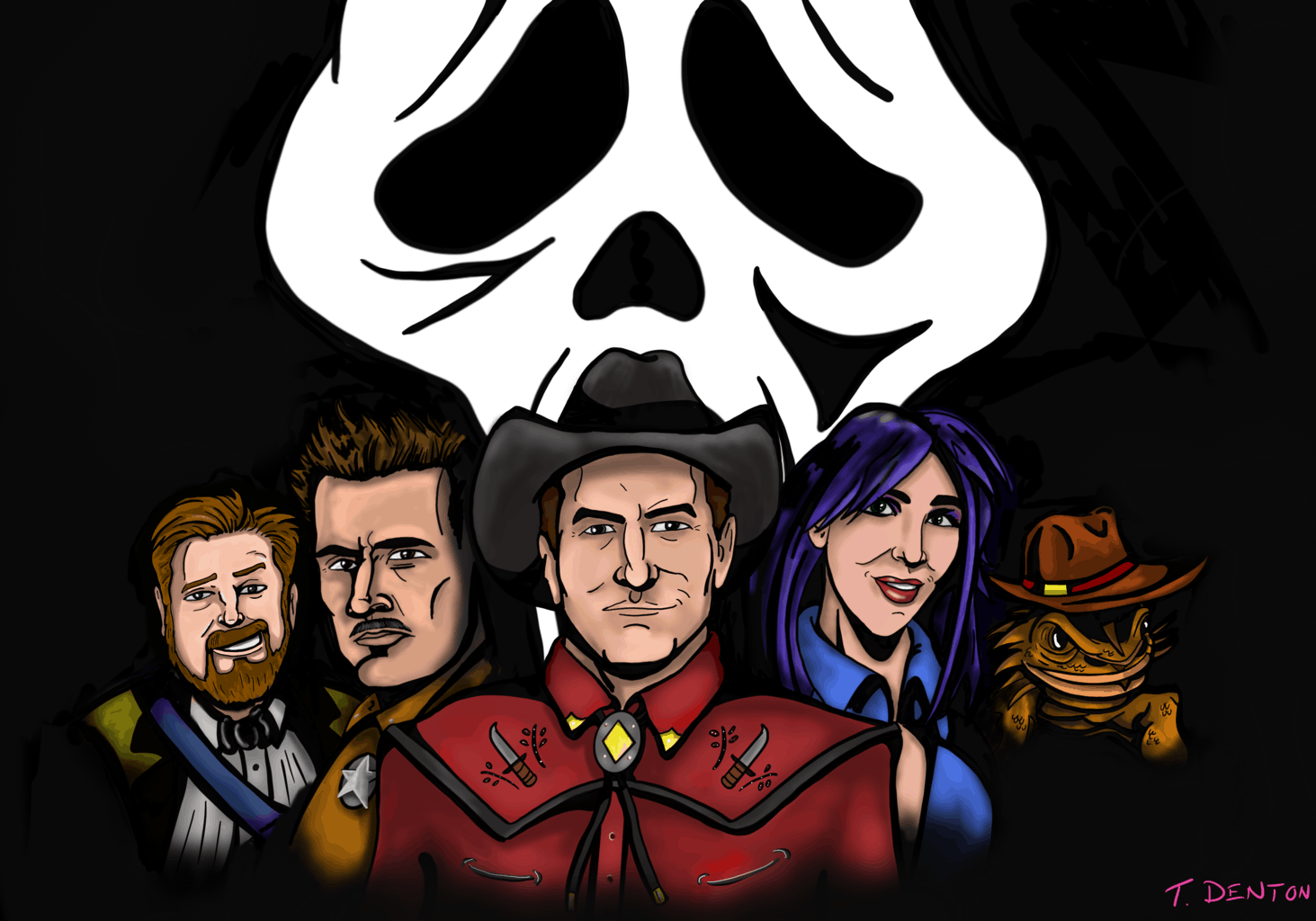 All we really need to know, we learned from Scream.

Is it just me or did 90s horror seem just so…polished? When I think of all the impossibly good-looking, got-our-shit-together, what-could-you-possibly-tell-me-world-that-I-don’t-already-know characters that typified I Know What You Did Last Summer, Urban Legend, and this week’s faux drive-in feature, it’s hard for this Gratuitous Blogger to find resonance. That said, with Scream screenwriter Kevin Williamson and director Wes Craven delivered a masterpiece of tongue-in-cheek teen terror clothed in midriffs, ribbed knit sweaters, mock turtlenecks and yes, khakis. From the soft sounds of Don’t Fear the Reaper playing in Sidney’s bedroom to Linda Blair’s all-too-brief news reporter cameo, the references were flawless — and taught us how to survive one of America’s most prosperous and scandal-ridden decades. Some musins below plus art by T.J. Denton who always keeps it fresh and fabulous.

Numero-Uno: Be prepared to answer horror movie trivia at any time.

You only have to watch Friday the 13th once to remember Mrs. Voorhees was the killer. Unfortunately, Drew Barrymore — Wes Craven’s Janet Leigh — answers “Jason” even though she’s seen the movie “20 goddamn times.” How do you get that wrong? But let’s be kind. Fielding even softball horror trivia is tough when an unknown psychopath is stalking you by cordless while your Jiffy-Pop goes up in flames and your boyfriend Steve is getting gutted in his varsity jacket by the pool. There’s also more to it. Drew’s actually right if the question concerns the sequels. By making the answer dependent on the OG, Scream comments not only on horror films but the industry that had been pumping out sequels by the dozens for nearly 15 years before Craven’s game changer.

The moral of the story? You can’t split hairs with a deranged killer and, when that stranger does call, make sure Woodsboro’s resident horror movie encyclopedia is at your disposal (see Video Stores Save Lives below)

Numero-Two-O: If you don’t want to talk, don’t answer the phone.

I read an article that said anyone who still leaves their cell phone ringer on is a sociopath. Really? That seems extreme. But if I was Casey Becker, I’d have stopped answering after the third call. She picked up every damn time. Would Ghostface have burst in anyway and events unfolded as planned? Yeah. But keeping the phone off and her guard up would’ve spared Casey’s parents from hearing their child die over the cordless, the victim of a vicious game of cat and mouse. And we all know how much Joe Bob hates cat and mouse.

Numero-Three-O: Grief is a mother — literally.

The character of Sidney Prescott is one of many reasons why Scream is unique. One of the first fully developed Final Girls, she’s got a well-developed, painful backstory that is explored and evolves throughout the entire film. It’s the one-year anniversary of her mother’s death. Troubled by rumors of her mom’s chronic infidelity, Sidney cools her relationship with boyfriend Billy. When her friends start dying, he becomes a suspect. While Sidney’s acceptance of the truth about her mother drives her to end her sexual dry-spell with Billy, he never fully regains her trust and with good reason. Sometimes the innocent and the guilty switch places and you don’t always know everything you think you do. Which leads us to…

Numero-Four-O: Abstinence will not solve your problems.

The point is, ladies and gentleman, that aardvarking — for lack of a better word — is good.

Aardvarking clarifies, cuts through and captures the essence of the evolutionary spirit.

Aardvarking, in all of its forms — aardvarking for life, for money, for love, knowledge — has marked the upward surge of mankind.

And aardvarking — you mark my words — will not only save the drive-in, but that other malfunctioning corporation called the USA.

Abstinence in other words, unless there are reasonable reasons to choose it, does not make the heart grow fonder. In fact, it’s a real buzz kill.

Numero-Five-O: Murder is not a coping mechanism.

Tell that to Billy, one half of Scream’s murderous duo. Together he and Stu represent the two categories of slasher-film psychopaths: those who have motive and those who don’t. Driven by his father’s affair with Sidney’s mother and his family’s subsequent break-up, Billy’s family tree includes Freddy Krueger and Mrs. Voorhees. Stu’s lack of motive puts him in odd company with the real life Leopold and Loeb, who literally killed for the fun of it. Thanks to David Gordon Green’s Halloween sequel, Michael Myers now cloisters both categories but there is a third: a cargo-hold filled with psychosexual baggage occupied by Norman Bates, Curt Duncan from When a Stranger Calls and Henry, one of the most casually ruthless killers in all of horror history.

God bless Randy, the cool-kid-adjacent video store clerk with an impressive depth of horror-film knowledge. In Scream, Randy’s expertise serves a triple function: provides second-tier comic relief to Matthew Lillard, casts him as unlikely hero, and makes him the conduit for what made Scream a different kind of slasher pic just when the genre needed it most. It’s hard to believe but the shtick we’ve fallen in love with again as part of today’s 80s Horror Renaissance had gotten pretty stale by the time Halloween, Friday the 13th and Nightmare on Elm Street were pumping out sequels like rabbits. The cool thing about Scream is that every character is a voice for these tropes. But Randy is the town crier. He needs to get laid but if he can’t score with Sidney, he’ll enthrall you with his horror-movie acumen and might just save your life.

While we’re on the subject of video: RIP Blockbuster and Hollywood Video. RIP Sam Goody, MediaPlay and Tower Records. Mutant after Mutant will tell you that on some level — literal or figurative — those stores saved lives. Today, Twitter, Facebook, Instagram and other social media platforms are today’s video big box. They’re not the same but in some ways they’re better. We’ll always revere the unlikely magic of our VHS isolation, but nothing beats horror community.

Next week: One, two, Freddy’s comin for you…