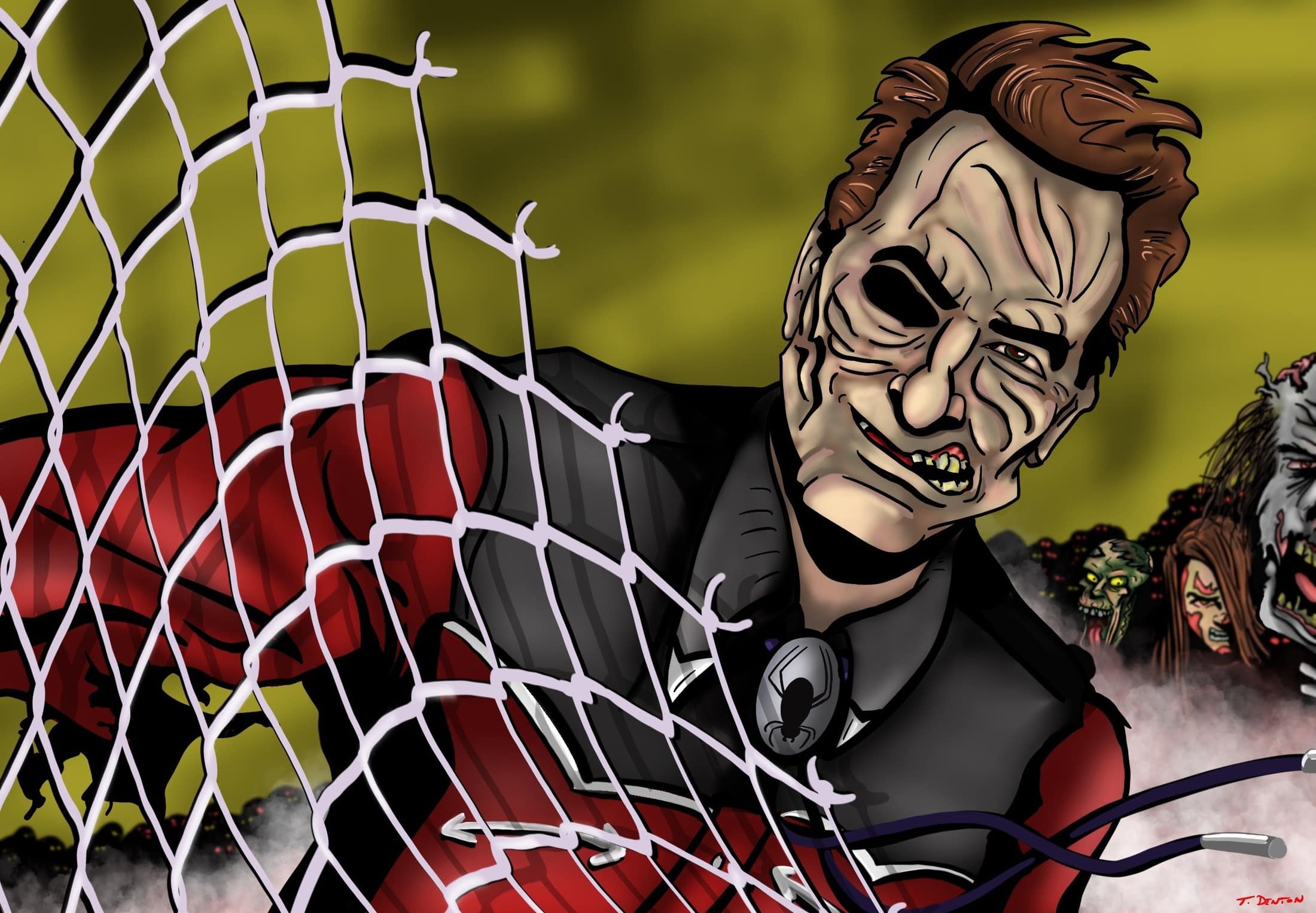 Like that sappy power ballad from three, going on four, decades ago says, we won’t know what we got till it’s gone.

Because a bit more than 11 years ago, the Walking Dead TV show lurched on the scene, making the horror of cannibalistic reanimated corpses eating folks in Georgia as mainstream as it’d ever been, giving AMC a hit franchise that’s spawned spin-offs, webisodes, action figures, foam baseball bats covered in faux barbed wire and barbecue aprons, to name five.

As Joe Bob said to Greg Nicotero, who’s had a hand in making 10,000 zombies on TV and in flicks, “I’ve heard of franchises, but you guys are ridiculous.”

Of course, it took a comic book to get things going about eight years before the show started. In 2003, Robert Kirkman’s comic book debuted (I remember buying it new at a shop in Raleigh, N.C., and, like an idiot, didn’t buy both copies they had left) and helped establish the momentum that the Zack Snyder Dawn of the Dead remake and the fourth Romero flick — Land of the Dead — carried forth while the dead walked season after season on a basic cable channel with gore that approached even the vaunted Day of the Dead.

These days the original show is admittedly much longer in its flesh-munching teeth and headed for a “final” episode with its 11th season, but, along with Joe Bob and Darcy and with the help of zombification gurus Greg Nicotero and Carey Jones, we got a reminder of what sort of undead history was actually made on Halloween night, 2010.

And, speaking of history, in an all-time lengthy rant lasting more than 22 minutes, (you KNOW it’s gonna get serious when the easel and pointer come out) how about Joe Bob’s globetrotting history of the movie zombie from its voodoo origins over in Angola, with stops in late 1600s Martinique, to the chronicling of Lafcadio Hearn, followed by a stop off in Haiti where William Seabrook got the lowdown on voodoo zombification practices for his influential book The Magic Island that begat Bela Lugosi’s White Zombie, an 11-day quickie that made 11 times its budget.

Between Bela and our next stop in Pittsburgh to talk about the George Romero classic that in 1982 was deemed the Greatest Drive-In Flick of All-Time by Joe Bob’s readership in the Dallas Slimes Herald, Darcy cruelly deprived us of Joe Bob’s complete history of the dueling Zombie cocktails as crafted by Don the Beachcomber and Trader Vic’s. That didn’t stop JBB from enlightening his Twitter followers.

Back to Romero’s rules, without which, the approximately 1,000 Night of the Living Dead knockoffs (75% of them made in Italy) would not have been possible.

Rule Uno: The zombies are dead bodies come back to life.

Rule Three-o: The zombies are aggressive and violent.

Rule Four-o: Nobody knows why the zombie apocalypse happened or how many there are.

George A.’s first three zombie flicks, paired with Tom Savini’s gruesome gags, set the red-meat standard that all the imitators tried to emulate. There was one notable foray back into the “captured soul” voodoo side of things (Wes Craven’s Serpent and the Rainbow) and JBB took special note to mention that in one revolutionary scene, a dude’s scrotum gets nailed to a chair in case you’re into that kind of thing.

But it all came to a pus-drippin, one eyeball-danglin-out-of-its-socket head down south in Senoia, Ga., aka Walking-Deadville, the rules of which are as follows:

3. God is pretty much absent, so are you going to live a good life that ends up being short or a long life where you’re grumpy, negative,  and, like old-time ex-professional bowler Chubb Frick, don’t give a flip.

Between bites of Zombie-Q, Nicotero and Jones had a bunch of advice for folks who want to see their undead dreams come true, giving pointers on what to study (biology), how blood spatter can tell its own story, looking at the evolution of the Romero-style zombie and giving pointers about Lesson Uno in Zombie School — look like a 2 a.m. drunk staggering out of the barn.

And you know they’re experts cause they get a typical episode of the effects-intense show done in NINE DAYS, and in the pilot accomplished the challenging task of making up 200 actors for the zombies-swarming-the-tank-in-downtown-Atlanta scene.

Nicotero is himself an effects legend, responsible for a memorable eyeball expulsion in Casino and two other cringe-inducing (at least for JBB) moments in film history — James Caan’s “hobbling” in Misery and the ear-chopping scene in Reservoir Dogs. He and JBB his own self artfully got the requisite number of Creepshow promos before going back to the show, ensuring that the Shudder and AMC High Sheriffs would let em live to see another day.

And Jones, well, his work got Darcy to go full method and cannibal like Seabrook. A fitting conclusion to a Halloween special to remember.