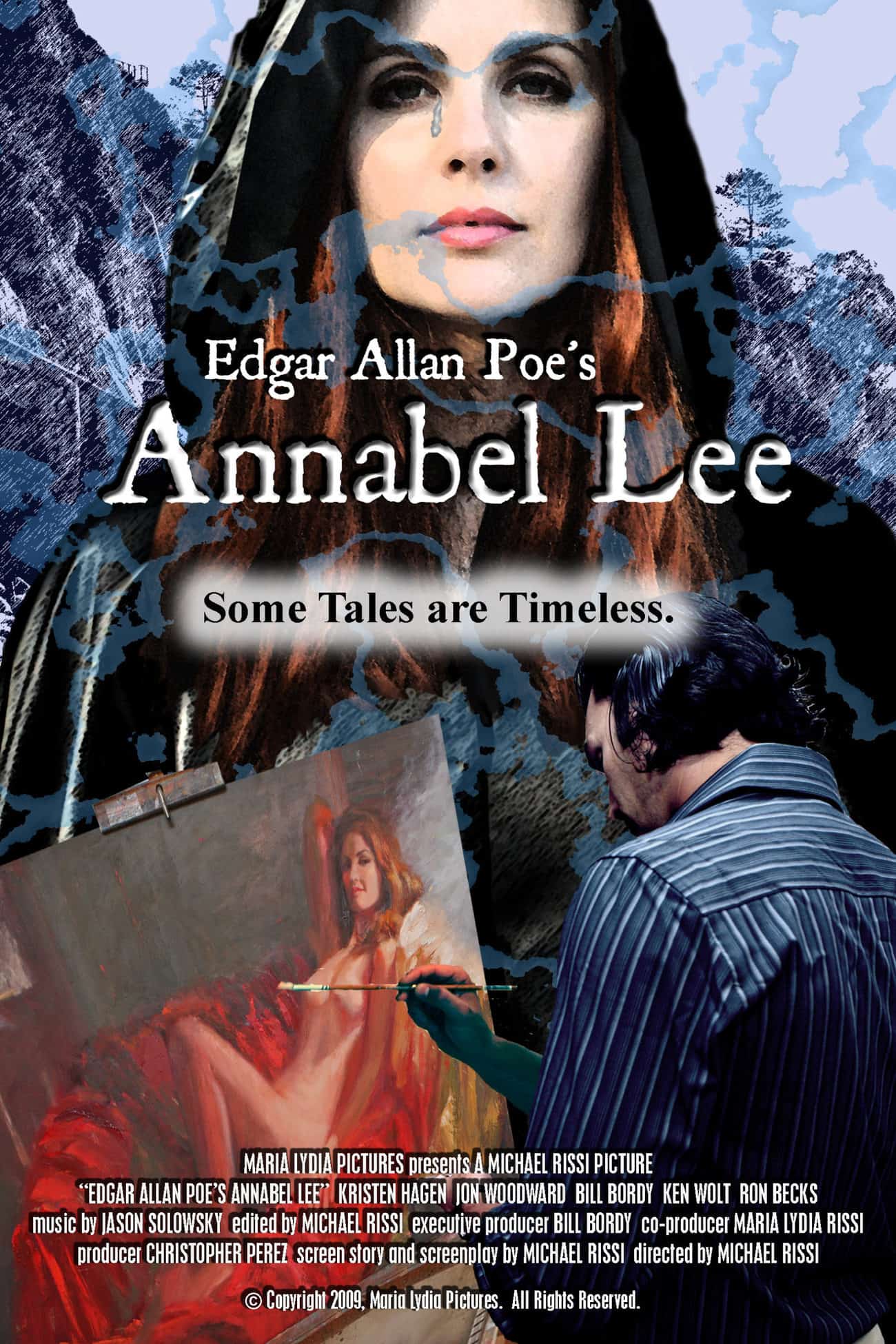 Edgar Allan Poe's Annabel Lee brings the writer's poem to modern times as a painter stumbles upon a coastal mystery.

The work of a great artist stands the test of time.

That’s why William Shakespeare’s work is still performed to this day and why classical music stations still are around and will be around, forever and ever, amen.

But you know what? Great artists’ work is infinitely flexible as well, even as time passes. How else can you explain fake Academy Award winner (the awards are fake, not the winner) Leonardo DiCaprio and Troma Pictures both pulling off adaptations of Romeo & Juliet? (You can probably guess which one your humble reviewer liked better).

Point is, people have been adapting “classic” works for years and years because Numero Uno — they’re good stories that have lasted and maintained an audience through the years and Numero Two-o — public domain. They’re cheap-o to use-o.

We’re looking at one such adaptation here this week in Edgar Allan Poe’s Annabel Lee. Poe, of course, is the writer who got an NFL football team named after a poem he wrote and who was responsible for Roger Corman making oodles and oodles of money with a bunch of adaptations of Edgar Allan’s short stories starring Vincent Price in the 1960s.

Annabel Lee obviously is not Poe’s most-famous poem (people in Baltimore don’t watch the Annabel Lees play on Sundays, you know) but the message of lost love and beauty that drives what is purportedly Poe’s final poem is conveyed in this adaptation produced, written and directed by Michael Rissi.

Heavy on the atmosphere at the outset, there’s a 1970s TV movie/gothic/Dark Shadows vibe to start when a couple experiences beach nookie interruptus. Next, we get a woman making a daring sheet rope escape from a lavish house before she’s snatched by a cloaked figure.

Years later, we get the arrival of Jack Blythe (Jon Woodward), a painter, to the picturesque Castle Beach, the place where his dad, who was also an artist, died in an apparent suicide. Jack meets a gallery owner who offers him a deal for six paintings and Jack accepts, renting a beach house and looking for artistic inspiration along the shore.

There’s plenty of it to go around: In addition to the breathtaking scenery of Santa Barbara, Calif., where the flick was shot, he encounters a mysterious woman, “Miss Inga,” (played by Kristen Hagen, who had about seven roles in this flick) who looks like the escapee from the beginning, might be a ghost, disappears a lot and wears inspirational bathing suits while needling her way further into Jack’s psyche. (She models, too.)

A skeleton is found on the beach, the police get involved and Jack tries to figure out what his connection is to a long-missing woman who seems to have reappeared to contact him, the haunted mystery that confronts him, and the secret(s) that Vincent VanDamme (Billy Bordy), the local rich guy with a cane, is hiding.

There’s not a ton of gore as, like the source material, this film trends toward the gothic with a house high atop a cliff (all the better for people to fall off), but not the dark and misty gothic (it was shot in coastal California, after all). So unfortunately the atmosphere set at the outset never really is recaptured, but the plot twists and turns throughout keep the audience on its toes if the film isn’t approached with the intent to nitpick what’s being watched. Woodward especially has an earnest air in his performance as Jack works through the mystery with a sense of bafflement. Meanwhile, Hagen is seductively mysterious as she flits in and out of the narrative before Annabel Lee culminates in a pretty out-of-nowhere reveal.

Check it out for rent on Vimeo or purchase Edgar Allan Poe’s Annabel Lee on DVD directly from the movie’s website.