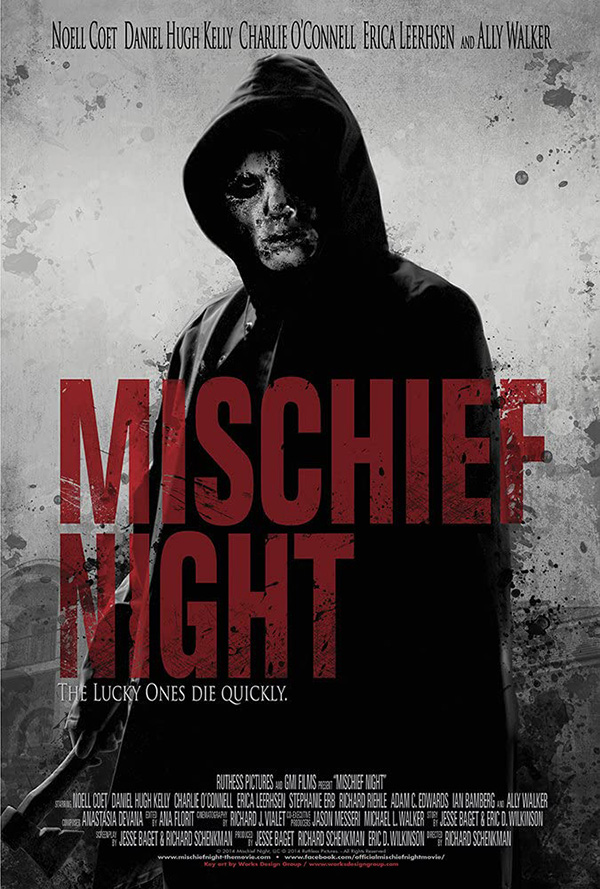 So if you have your Halloween timeline straight and who doesn’t, October 30 is the rainy night where Dr. Loomis and Nurse Chambers go to transport Mikey, but he’s let all the people out of the Illinois mental hospital and is traipsing around with his hiney flopping out of a hospital gown before he hijacks that Ford LTD station wagon, and the rest is history.

So speaking of history, in the real world in the 1970s and ‘80s, Oct. 30 was known as the night when, until about 1987 or 1988, people decided to burn abandoned structures down in arson fires, especially
in Detroit. This was known as “Devil’s Night” and the nightly news back then would get all worked up about it. The people doing the Devil’s Night thing probably did not have their hineys flopping out in
hospital gowns, but since I wasn’t there, these suppositions can neither be confirmed nor denied.

Some of that whole thing in Detroit might have been because there was one year in the 1980s when the Tigers were actually good and that was cause for celebration.

Fortunately, civilized society has moved way past that in the past 40 years and so people really only engage in arson these days that has a purpose, like my Uncle Sparky who went to jail for frying a Ford
Crown Victoria for insurance money, rather than just to burn stuff down for fun. Purposeless mayhem is better-suited for the realm of fiction like in The Purge or the latest one I’m checking out called
Mischief Night.

The flick starts with two trysting folks (one of whom is Jerry O’Connell’s younger brother) in a tub canoodling, and it takes them four minutes to decide that to investigate the noises that disturbed
them, it’s probably a good idea to put on clothes instead of walking around in a towel to figure out who the guy in the yellow raincoat was who decided to write “Boo” on the inside of the microwave in the
kitchen.

Note to writers/directors: NOBODY wandering around a house investigating a weird noise in real life will do it in just a towel. You either have the character utter a profanity and get dressed because their bathtub nookie session got interrupted by the noise or you have the character be of the “I give zero flips about this and will walk around naked wielding a baseball bat with my whangdoodle out and will brain you” persuasion. There is no middle ground here. Then you cast accordingly. Do NOT have these people wander around for four minutes, aka FOUR PERCENT of the film’s runtime, in a towel and then have them put on clothes. The three and a half minutes you save can be used for something else, like establishing shots or, you know, suspense.

There were at least two references to the original Halloween that I counted with the bathtub woman hiding in a slatted closet a la Laurie and this whole voyeuristic camera thing while they’re performing PG-13 inverted plyometrics of the horizontal sort inside the candlelit tub with strategically placed bubbles.

Anyway, these folks earn their paycheck, get written off, and then the movie actually starts.

The REAL FLICK from director/co-writer Richard Schenkman (Abraham Lincoln vs. Zombies) has Emily (Noell Coet), a girl who went spontaneously blind after the trauma of a car wreck that killed her mom. She wants to get off her meds, talks to a psychologist and is 17, not necessarily in that order.

She’s got a boyfriend named Jimmy and wants to go on a ski trip with him. Her dad (Daniel Hugh Kelly), initially dubious, relents, but only after she rags on him about not putting himself out there and
condemning himself to a life of TV dinners and Hallmark Channel flicks.

So she gets left home alone after the house gets egged and somebody spray-painted “boo” on it. And while this guy from the first scene who’s lurking outside the house in a yellow raincoat provides the external threat to her, the most-suspenseful scene in the flick is where she spends 45 seconds ALMOST stepping on a piece of glass after messing around with a smoke alarm that randomly went off.

Rest of it is standard home-invasion fare with a bit of mystery as to whom the assailant is, but since the main girl has to last until the end of the flick, we have to bring in some other folks (including an aunt
picking up a Halloween costume) so we could have …

Best Way to Explain Her Lot in Life and Set Up the Flick’s Finale: Emily — “I’m happy, I’m well adjusted, I’m smart. I have a boyfriend” and “The doctor says there’s nothing physically wrong with my eyes and my vision could come back at any time.”

Best Way to Add Spooky Cred to a Halloween-adjacent Flick: The gratuitous use of Night of the Living Dead footage.

Best Way to Get an Infection: Rather than fixing/bandaging her glass-punctured foot, Emily grabs a hand broom and a dustpan.

Best Red Herring: Dad says “Hey it’s what we do. Get tortured and torture in return. And when we were kids we called it Cabbage Night.”

Dad’s Best Joke: “What do you think, how do I look?” to Emily before heading out for a date.

Best Clue that They’re Not Gonna Make it Back: There were multiple “I’ll be right backs” by characters.

Typical home-invasion stuff going on with the whole Wait Until Dark setup (it’s a classic from the 1960s — blind woman getting chased all over by burglars) and the Halloween/Mischief Night stuff appended to
it.

Problem with this one is that even though the main character is blind, a lot of the scenes are dark for the sake of being dark. Also, no garbonzas, even from the woman who’s nekkid at the top of the flick,
so a half-star deduction is warranted there.

Mischief Night earns about a star and a half, based mostly on the strength of Coet’s performance, and is available for rent from Apple TV and elsewhere and on physical media. It’s not to be confused with the 2014 flick with the same name.