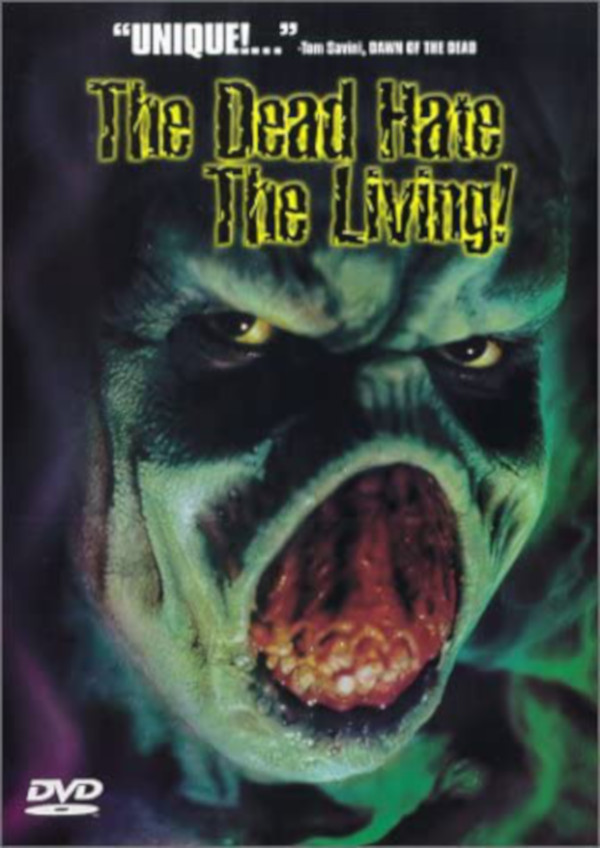 There’s kind of a weird Twilight Zone from the mid-1990s to the introduction of Blu-ray/advent of streaming where there’d be a bunch of flicks that would go straight to video and be only available at video stores either through VHS or later, direct to DVD.

At this time, cable TV was starting to morph into a weird wasteland of endless CSI and Law & Order reruns and programming heads were making rockhead decisions all over the place like getting rid of original programming like, oh, MonsterVision and USA Up All Night, which meant that one of the main arenas where these flicks could have been seen and enjoyed by a wider audience wasn’t available anymore. The “straight to cable” distribution model was also a bit wonky as well with the big media companies favoring flicks whose rights they already owned, so small indy productions had a snow cone’s chance in an E-Z Bake oven of getting seen since the bigger cable networks like HBO were busy spinning the top-grossing flick from three months ago 15 times a week.

The specialty channels, like Sci-Fi Channel, purposely went to the goofy end of the spectrum, and the real strategic entrepreneurs would find a formula or a theme and then stick with it. Why else do you think we got ”Two-headed,” then “Three-headed,” then “Five-headed Shark Attack” featuring pro wrestlers and daughters of pro wrestlers?

So during this period of distributive upheaval, there was a good chance that the shot-on-video horror flick you did on the cheap wasn’t going to get eyeballs on it unless you had a Godzilla-type marketing campaign or it somehow got a whole lot of great word of mouth from the folks in the know at the video rental stores.

Well, here’s one of em, and more than two decades later, it deserves a revisit.

Director Dave Parker was just starting out doing features in the late 1990s and you could tell that he was a devotee of Lucio Fulci, the sporadically released yet extremely influential for gorehounds Deep Red Magazine, George Romero and Tom Savini and pretty much everything else 1980s horror. He decided to pull together about $150,000 and do his own homage to everything he found awesome about the genre and the result is 2000’s The Dead Hate the Living!

The prologue has a goth scientist guy (his name’s Dr. Eibon, for all you Fulci fans) trapped in his lab where he’s recording the results of his experiments on video. A pretty fast zombie breaks in and kills him.

Then we cut to Coroner Dr. Sarah who’s performing an autopsy on a dead guy on Halloween night who does a lot of editorializing: “Possibly a chainsaw. Very nice.” And “Why is it the hunky guys are always dead before I get to meet them?” and “There was just a mangled cute guy here a minute ago and now he’s gone.”

She gets attacked by the corpse and zombified and then it looks like the zombies are going to aardvark, but it’s all a zombie makeout fakeout because they’re really doing a movie. Sarah is really Shelly (Wendy Speake), the sister of the flick’s director, David Poe (Eric Clawson). The corpse is the lead actor, Eric (Benjamin P. Morris).

There are about five other people working to make this movie in this abandoned medical facility — Topaz, the PA with a “Fulci Lives” sticker on her car; Chas, the stoned guy who always wears sunglasses and is the director of photography; Paul, who’s Dave’s best pal and the effects guy and also has a crush on Shelly; Marcus, the utility guy who’s always in makeup; and Nina, Dave’s other sister who holds the pursestrings in exchange for getting roles in the flicks.

Anyway, not a lot of plot to get in the way of the story here, as  the boss would say — a couple of them find the video of the scientist guy. They realize that it happened in the building, they find the scientist guy’s corpse and decide to use it in the flick and then not only does the scientist gets resurrected, but this big coffin thing that either is a portal to Hell or inverts reality as they know it is activated, giving a load of zombies an excuse to start roaming around to bite various appendages off the cast.

Best Career Prospects: In order to motivate star actor Eric, David tells his he’s going to be the next David Warbeck and then the next Dick Miller. A bit of foreshadowing if you think about it.

Best Way for a Zombie to Cure the Munchies: A guy sticking his head out the window gets his head eaten off.

Best Way to Silence an Annoying Sister: The annoying sister gets her head yanked off.

Best Approach to Life: Director Dave, when faced with a time of crisis: “Think. What would Bruce Campbell do?”

Best Alternative to the Use of a Shotgun: Topaz channels her inner strength and dispatches a zombie by punching through a skull.

Best Way to Corral an Uncooperative Opponent: Drag em by their intestines.

There’s a whole lot more good stuff in this one, including a chainsaw-machete-knife fight with a bunch of zombies, a knife to the whangdoodle and more.

Three and a half stars. Have to add a half-star deduction because, amazingly, no garbonzas, even during the zombie aardvarking fakeout with excellent moaning from Shelly during the first few minutes. The silly animation when a zombie gets a TV chucked at during the zombie barbecue finale can’t be ignored, especially when Nightmare City was able to pull off a great practical effect with Hugo Stiglitz’s exploding TV zombie attack 20 years prior.

Still, an absolutely fun flick to check out if you’re a fan of 1980s Italian horror or an indy filmmaker and just want to kick back and see what $150,000 and a ton of sweat equity from some committed horror fans got you about 20 years back, even if it does get kind of cliched toward the end. As a director, Parker’s done a few additional flicks such as The Hills Run Red in 2009 and It Watches in 2016. The bulk of his career though, he’s served as an editor-for-hire, doing a lot of TV and movie work. Parker still hangs out with Charles Band, though, with his IMDb showing that he directed Puppet Master: Doktor Death.

You can check out The Dead Hate the Living! streaming on TubiTV or on Full Moon’s subscription service or get the physical media release from our friends over at Full Moon Direct. Don’t forget the exclamation mark.

Next up: We celebrate the start of the new year with a killer infant flick.