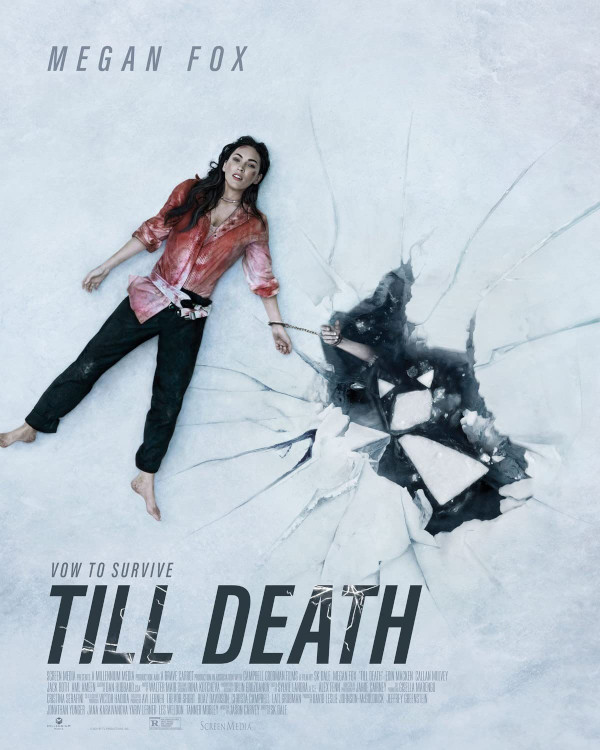 There is something to be said about properly resolving a dispute with your significant other.

Sometimes it’s as simple as going into a different room for a while to calm down.

Sometimes you just have to stay in the same room and talk it out.

Sometimes you have to leave the house so you can go get something to bribe the other person to get back in their good graces.

Sometimes you have to throw some of the other person’s possessions outside.

Sometimes you have to get one of those squishy stress things and squish it stressfully.

And sometimes you have to tear up a room and destroy an important heirloom like a boutique 1980s cereal box.

Your mileage may vary, but there’s also a bit of trial-and-error involved in order to develop such a full, rich and healthy relationship with another person. It just takes a bit of time to figure out what stuff
to tear up to get maximum response.

Point is, people have their own special ways of coping with things, and this is the main premise of Till Death, where Mark, this high-powered lawyer guy (Eoin Mackin), can’t cope with his wife, Emma, (Megan Fox, who used to be married to Brian Austin Green, who used to do vanilla hip-hop while playing David Silver in “Beverly Hills 90210” but now she’s with Machine Gun Kelly, who doesn’t know what genre of music he’s in anymore but he gets his own bobbleheads given away at Cleveland Cavs games because his formative years happened in Cleveburg) cheating on him and the fact that his favorite football team, the Pittsburgh Steelers, are biting the big one. But not necessarily in that order.

We meet Mark, who calls Emma “pumpkin” a lot and has a trans-Atlantic accent. He’s done her the courtesy of using his attorney powers to pull the crime file from that time way back when some guy assaulted Emma, or so we’re told, since that guy’s getting up for parole. We also find out that Tom works at Mark’s firm and that he and Emma are not very good liars during this scene where all three of em end up in the same elevator.

But with the affair over and she and Mark seem to be on the path to reconciliation at some fancy-schmantzy restaurant where a meal for two probably is the equivalent of three of my monthly car payments for their 11th anniversary. They have a gift exchange where she got him Super Bowl tickets and he got her a steel choker necklace.

And here is the first clue that things might not be so good. The necklace is kind of lame. She also got him Super Bowl tickets, but rather than, you know, be happy, Mark sort of calls Emma an idiot for not knowing that the Steelers suck this year and then he just LEAVES THE TICKETS as a tip. Then he makes her wear a blindfold for an hour so they can drive to their lake house out in the woods and
“rekindle happy memories.”

To that end, Mark either did it himself or paid someone to set up the house with about 4,000 unattended burning candles with flower petals and wine, and Emma can’t help but aardvark him for the effort as they drift off into a blissful sleep.

Then in the morning, Mark handcuffs himself to her on the bed and blows his brains out.

Let me repeat that. Mark’s diabolical revenge scheme involved him handcuffing his wife’s wrist to his wrist and then getting blood all over the place with one shot to his own temple.

But then we find out that Mark’s done some super-villain level planning by clearing out the house overnight, summoning Tom, and getting Bobby Ray (Callan Mulvey), the guy who attacked Emma back in the day to pay a visit to the house as well (guess Mark was lying about opposing his parole). The rest of the flick is a bunch of cat-and-mouse with Megan Fox doing a Weekend at Bernie’s impersonation with Mark’s corpse while hiding under stuff, behind stuff, between stuff and jumping into the snow, while covering herself with tarps and snow and not absconding with one of the three vehicles (the one she and Mark came in, the one Tom comes in and the one the crooks come in) parked there as the
crooks try to rob the place and get revenge on Emma.

Sure, it could have been resolved quicker, but then we wouldn’t have gotten dialogue like this between Tom and Emma:

“I’m pretty sure it’s because he was insane.”

“I’m sorry, I’ve never seen my boss in his boxers before, I’m freaking out a little bit.”

Best Cold-Blooded Revenge: Mark thought this thing all the way through to the point of blowing out all 4,000 candles he had lit, putting Emma’s cell phone in a vase, siphoning the gas from the car, rearranging the photos in his creepy darkroom, punching a bunch of holes through some of them, getting rid of all the tools in the house, emptying the fridge, hiring the bad guys AND rigging the car audio so it would play this message he left from beyond the grave.

Best Healing Ability: Tom allegedly gets his nose broken, but it doesn’t bleed at all. He does bleed when he gets stabbed, but it’s a restful stabbing, judging by the way he lands.

Best Hook: How Jimmy, the brother with a conscience, gets it.

Best Truth in Advertising: The scene depicted on the poster and shown on the DVD actually happens in the movie.

Best Resistance to Cold: Megan Fox wears nothing but some impromptu footwear and a blood-stained nightie through most of the flick and DOESN’T SHIVER once, turn blue or anything. She ain’t got time to freeze.

The best part of the flick, besides the literal role reversal of the husband being Emma’s literal ball and chain throughout the whole flick (there’s a great pun to that effect late) is the fact that this film was distributed by Screen Media, a subsidiary of the Chicken Soup for the Soul company.

So the distribution arm of a production company that elevated those sappy, somewhat-saccharine-yet-heart-warmingly wholesome inspirational pieces that you’d find populating the bottom pages of
Reader’s Digest back in the day into a publishing empire is hoping we’re all inspired by the can-do attitudes exhibited by all involved.

Course, with the situation that Emma’s left in at the very, very end of the flick (don’t wanna spoil it, but it’s Christopher Walken’s favorite part), she REALLY could go for some chicken soup (hell, that Lipton
powder would do).

As a side note, Screen Media also distributed the four-star Willy’s Wonderland, so I can’t be too hard on em. But then they also put out Jeepers Creepers 3 and Reborn, so maybe I can.

Check it out on Netflix or a bunch of other places where it’s streaming or on physical media.