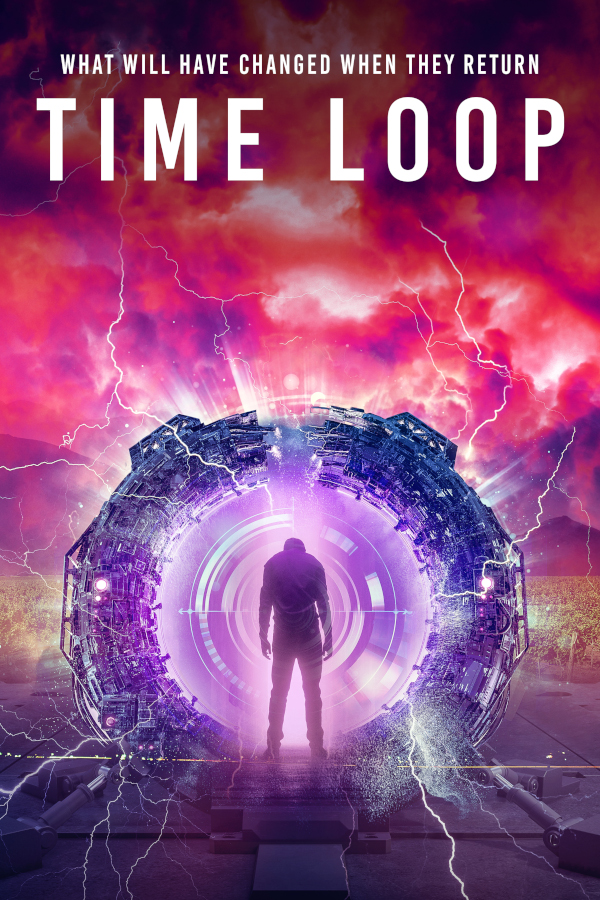 Ben Nagy reviews ‘Time Loop’: If You Could Turn Back Time, Like an Hour, Would it Be Worth it?

There’s that whole saying about a person being ahead of their time, which isn’t such a rousing compliment when you REALLY think about it.

Anyone who is saying that about somebody else is looking back into the past from the present. Usually they are also nodding their head sadly because whoever this ahead-of-their-time genius is, that person would have been better off living now than back then and humanity would be better off and that person would have received the admiration and recognition they deserved that they never got in bygone days, maybe.

But of course they’d be better off — about 99.9% of the time the ahead-of-time person that’s getting talked about — like Nikolai Tesla or Andy Kaufman — is DEAD. So that’s a pretty obvious conclusion to make. That person probably would prefer to be alive too — but at least they made the most of their time flying around (or above — let’s not forget the astronauts) this planet.

The other really tired time-related concept is “if you could do it all over” or “if I knew then what I know now…” More of that hindsight is 20/20 stuff that is really played out — the Uncle Rico Syndrome. There’s now, what’s immediately ahead and then pretty soon, hopefully many, many years from now, if you made enough of an impression with somebody, you’ll have folks talking about how ahead of your time you were.

Till then, let’s process what the legendary baseball player Satchel Paige said, “Don’t look back, something could be gaining on you.”

And speaking of concepts that make past superstars of 50-year-old variety shows who were married to future politicians dance around on battleships in fishnets in a 35-year-old music video, this week’s review is of a foreign flick called Time Loop.

First, they made it happen in the present time in Italy instead of the 1950s in the U.S.

It takes place mostly in a barn with a Stargate that gets all shimmery in the middle because Tesla (the scientist, not the car company) has this Theory of the Ether instead of using a 1981 DeLorean as a time travel mechanism.

This British kid Ricky (Sam Gittins) and his scientist dad Riccardo (Mino Sferra) — the film gets a half-star deduction for not having a main female character named Lucy in it — do some calculations on one of those ginormous whiteboards, argue a lot about science stuff and whether the son can borrow the Vespa so he can go into town to buy a lottery ticket.

A time-traveling pig with a collar shows up in the lab via the Stargate. It doesn’t talk, though.

Ricky starts seeing hallucinations, suspects his girlfriend, Olivia, of cheating on him and buys a lottery ticket for dad, who presumably had spent all his college professor money on building the Stargate in a barn in Italy, unless university grant funding works differently in the EU (which it probably does). Since it’s a time-travel movie, they end up winning the lottery, I think, but it’s not much of a plot point.

Instead, all these incidents happen, including scooter chases, stalkings in dark rooms, shadowy figures and people getting hit by cars and maybe getting chucked off cliffs, and the mystery really ends up being not much of one since the Stargate sends people only 65 minutes into the past and there’s only one character that really time travels (besides the pig).

Best Way to Send a Message: Tie it to a time-traveling pig and write it in French.

Best Advice to Your Time-Traveling Kid: “Please, don’t freak out, OK. You traveled through time.” and “This is not your future. This is your past.”

Best Way to Stop Yourself From Going Back to the Past: Conk your future self with a shovel.

Best Dialogue to Sum it up: “This is obviously a fantasy. You should have come to your senses by now.”

Very little blood, no garbonzas and the plot gets so tangled that it’s like trying to unravel a clump of wet spaghetti back into its individual noodles (had to say it, the flick was indeed shot in Italy).

Check Time Loop out on TubiTV, Vudu, Plex and it’s available on physical media as well.