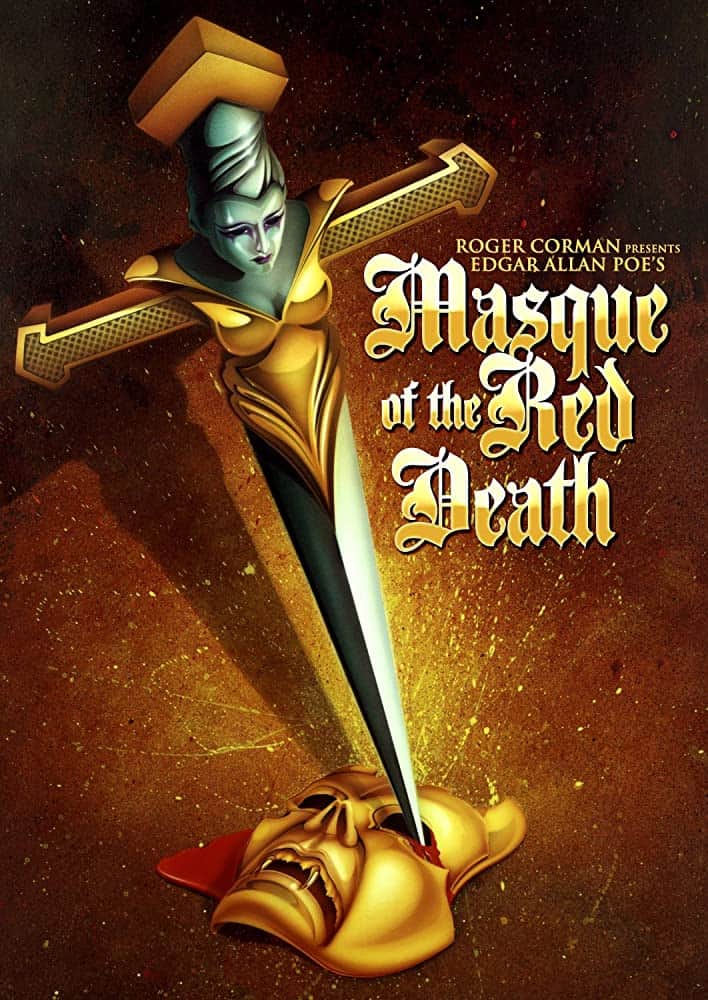 Roger Corman isn't above recycling his own stuff, as we found out when he produced this remake in 1989 of a movie that he originally directed in 1964. The older one had Vincent Price. This one has Patrick Macnee.

The Legendary Drive-In King producer Roger Corman remakes hisownself, but instead of Vincent Price, there’s Patrick Macnee and the guy from the ‘Highlander’ TV show who isn’t Christopher Lambert

Editor’s note: This review was originally syndicated on Nov. 10, 1989, and some stuff has changed since then. The Edgar Allan Poe short story that inspired this movie that is based on a movie based on the short story is available to read here.

One of my favorite great aunts, Vera Glasscock, on the Bardwell side of the East Texas Briggses, just got a job working in the Men’s Billfold Department of J.C. Penney’s in Fort Worth, and I’ve been put in charge of watching her so she doesn’t commit any indecent public acts or otherwise embarrass the family.

Vera is the only 89-year-old woman with a full-frontal photograph in the Texas Connection swingers magazine.

Also, I’m the guy that has to deal with the Texas Connection editorial staff when they call me up. “Please, Joe Bob, make her take the ad out,” they say. “We’ll pay her money. We’re getting letters from people that think it’s a picture of a suffering animal being used for medical research. We don’t want the animal-rights people on our backs.”

“Well, could you at least tone down the copy a little bit? Take out the stuff about the garden hoes?”

“Joe Bob, I’m surprised at you! I thought you were one of the more LIBERAL Briggses!”

“I am, Vera, but it makes people think you’re a tropical plant.”

You can’t reason with the woman. She’s the most sexually active 89-year-old on the planet. And so now what happens, but she goes and she gets a JOB. And she not only gets a JOB, she gets one where she’s been trying to get a job her whole life — J.C. Penney’s Men’s Billfold Department — and she did it for one reason. She’s gonna SNAG one of those guys before he knows what hit him. AND she gets to see what’s in his billfold first.

So I drove out to Fort Worth to try to talk to her. But when I got there it was already too late. She had some of the finer cowhide models OUT of their plasticene-covered billfold gift boxes, and what do you think she was doing with em? She was REMOVING the photo of Vic Damone, and she was REPLACING it with HER picture.

And it was the one from the Texas Connection Magazine!

“Vera, I’ve got two choices. I can wait here till you pass one of those billfolds to a customer and J.C. Penney’s fires your hiney and the Fort Worth Vice Squad comes in here and hauls you off to the Texas State Institute for the Feeble-Minded. Or you can REASSEMBLE those plasticene covers RIGHT THIS MINUTE and GET THOSE BILLFOLDS BACK INTO THEIR ORIGINAL CONDITION. The choice is yours.”

But right at that moment, I had to stop talking, cause a well-dressed, grey-haired gentleman ambled up to the sales counter and said, “Excuse me, but I’m looking for something in lizard.”

“You looking for the Lizard Lady, honey?”

“You mean it’s YOU! I want seven more pictures, and I want you to have dinner with me. Sorry, I didn’t recognize you with your clothes on.”

“It’s all right, hon, happens all the time.”

I can tell that Vera’s gonna soil the Briggs family reputation all over North Texas again.

And speaking of actors who REFUSE TO GO AWAY, Patrick Macnee is back again in Masque of the Red Death — not the REAL Masque of the Red Death with Vincent Price, made by Drive-In King Roger Corman in 1964, but a NEW Masque of the Red Death made by Roger Corman. Roger decided, “Hey, everybody’s forgotten by now, 25 years, that’s long enough, right?” Always remember, they don’t call him King of Exploitation for nothing. The original Edgar Allan Poe movies starring Vincent Price are great, but when they made this one, they did something a little different. They not only wanted to portray the red death, they wanted to use dead actors, for enhanced reality. It’s a pretty amazing feat, all of them talking like they’re dead, moving like they’re dead, even DANCING like they’re dead, and the director, Larry Brand, made everything real dark so that you can’t quite see anything, so after a while you go “Nothing happening in this scene — oh! I get it! They’re dead!”

Adrian Paul is Prince Prospero, wandering around his castle like a doorstop on quaaludes, saying stuff like “Now it is death that serves man!” Clare Hoak is the village virgin brought in by Prospero’s army to entertain the horny troops. Tracy Reiner (Rob’s daughter) is Prospero’s sister and wife he has to keep in line with a hot poker. And Patrick Macnee is the Red Death, galloping through the countryside in a scarlet cape. Put them all together and you’ve got . . . a real snoozer. Not even much torture or pillaging. Sure, there’s a little hot boiling oil on the peasants, some skull crushing on the rack, some stomach carving. But it just doesn’t have the old Vincent Price EVIL in it.

One and a half stars. Joe Bob says check it out.

Communist Alert! The McArthur Drive-In in Orange, Texas, was torn down in 1987 so they could build some apartments, and they STILL HAVEN’T FINISHED CONSTRUCTION! According to Larry Gregg, one of the mourners down on the Gulf Coast, you mess with sacred ground, you’re gonna pay. Didn’t these people see Poltergeist? Remember, without eternal vigilance, it can happen here.