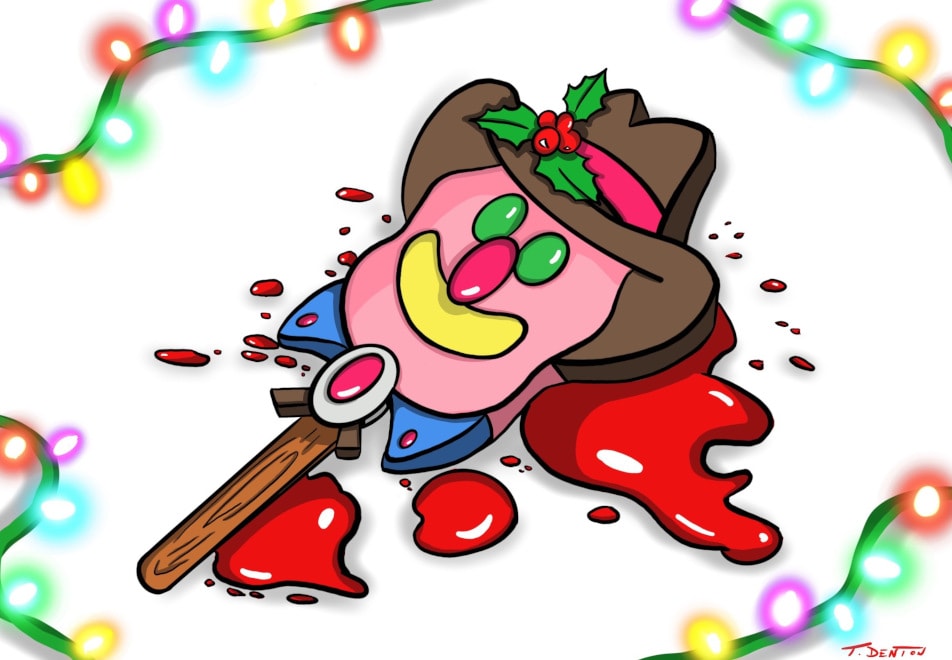 As the opening holiday rant before Joe Bob ruined Christmas (again) made clear, there’s always room at the Last Drive-In’s inn (or screen if you wanna get technical about it). The big question is whether it’s a room where you wanna spend some quality time when Joe Bob Ruins Christmas.

One Christmas you might get a Phantasm marathon, then you might get a proto-slasher, a killer snowman  that might be sticking his carrot in places not fit to be mentioned on a family-oriented website and a Santa slasher sequel. Then you might get an evening of holiday horror where St. Nick is somewhat less than jolly to kids and peers alike.

It’s just like life during the heyday of the drive-in. One week it can be playing a raunchy animated flick and a seedy slasher. The following week a crummy creature flick and a nasty nudie. Follow that with a twin bill of hillbilly horror and rage-filled revenge …

You never knew what you were gonna get from week to week, even if you paid really close attention to the listings in the newspaper, and you didn’t always get what you want.

(And no, I’m not going to quote the Rolling Stones.)

But at its heart, the drive-in and the folks running it are about trying to entertain folks. Joe Bob and Darcy aren’t any different.

So this year, in the recognition of not being able to give everyone in the audience everything they want, JBB and Darcy decided to gift flicks to one another and we got to go along for the ride. Yeah, it might have ruined Christmas for some folks (it was in the goldang TITLE of the special) because they didn’t play another killer Santa flick and chose a kids vs. a maniacal ice cream peddler and a swampy sojourn featuring a classic 1970s playmate.  But it was all for a good cause. Well, for a number of good causes such as:

And let’s not forget the guest stars galore during the telethon where folks could snag the traditional fare of a tote bag, T-shirt or a hoodie — Felissa! Ernie! The Chili Bandit! Brennan! Dave Sheridan (Scary Movie’s Doofy his ownself) and Quinn Audette doing time as Steve Wilcox, the guy in the gorilla suit! Let’s not forget Yuki by remote!

Joe Bob’s big present for Darcy: another dose of Clint Howard, this time as the spooky scooper who kidnaps kids, decapitates folks and then has puppet shows with the severed heads in Ice Cream Man. Don’t believe us? Check out these totals!

And if a bunch of worms or internal organs tainting that vanilla twist cone wasn’t enough to ruin things, if you believe a bunch of the internet chatter, the second flick came closest to making a bunch of folks leave the inn. But Gator Bait starring Claudia Jennings is essential viewing, especially if you’ve seen Joe Bob’s Redneck show or any other female revenge flick done in the past four decades.

And if two movies weren’t enough, we got THREE cosplays: Joe Bob doing his best Clint Howard impression as the bloodied Ice Cream Man and then Darcy as a gator and as the bait with a denim vest improbably stabilized by the world’s strongest double-sided tape that would make that Krazy Glue guy who got his hardhat glued to the girder look on in envy.

There was singing, ice cream slinging, snake shooting, a swamp vixen in shorty shorts, speedboat pursuits, gratuitous guy from American Werewolf in London, what more can you ask for?

Well — news about what’s next, which I’m sure will be on its way, perhaps after we’re visited by Santa’s sleigh.

But as we dream drive-in dreams about future double features, let’s remember — Christmas is a miracle … even when ruined.

And so are you!