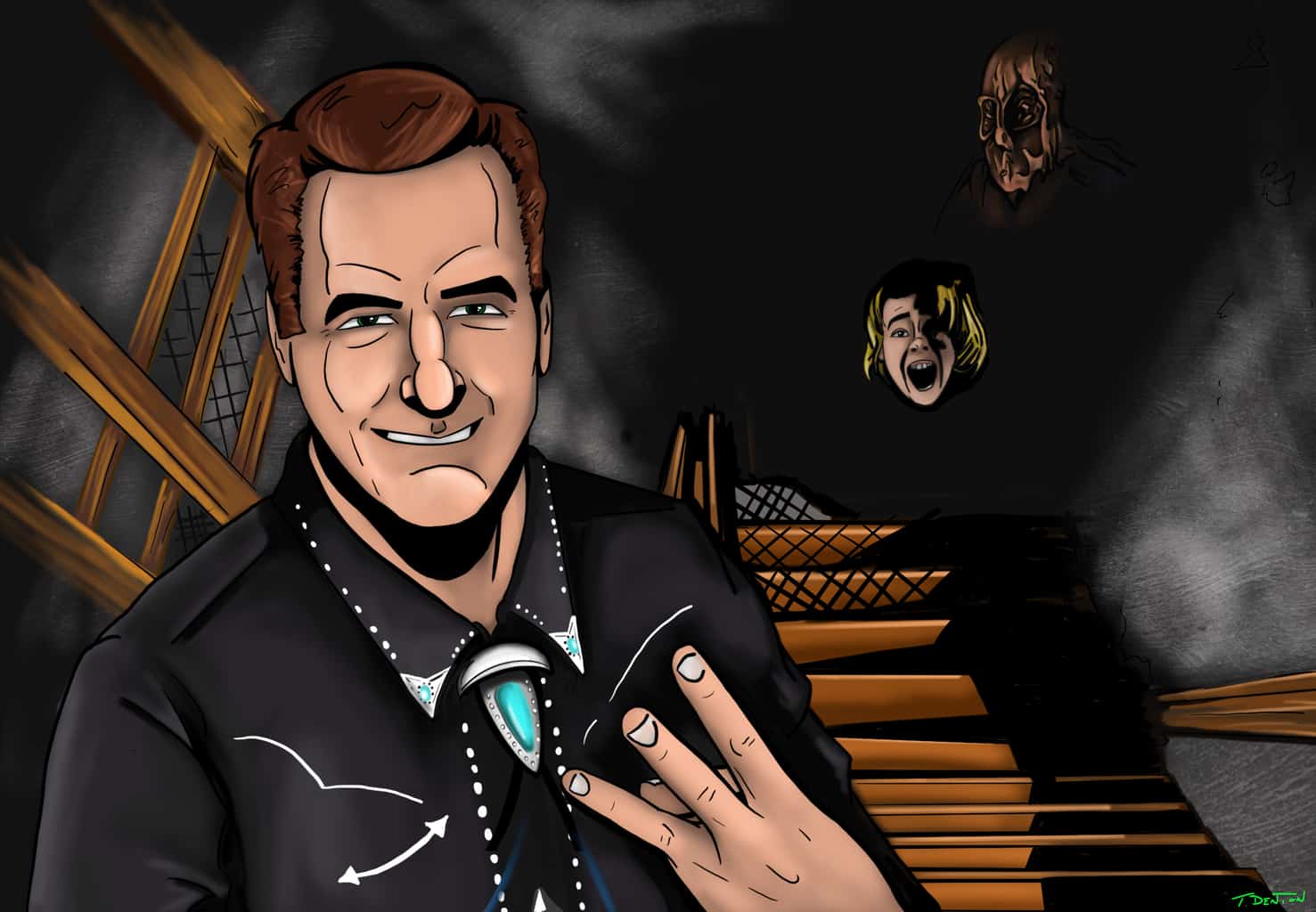 The Last Drive-In | S3E2: The House by the Cemetery

Gratuitous Bob with just the right amount of Joe Bob and Eli Roth.

What’s even better than the premiere of The Last Drive-In, Season Numero Three-O? The second movie, always the second movie. Lucio Fulci’s The House by the Cemetery came on the heels of Mother’s Day, proving that the only thing better than spam in a cabin is spam in a creepy mansion. Especially if it’s served with a second heapin helpin of Eli Roth, who answered every probing question Joe Bob asked and then some. This blog asks the probing questions, too like: How many organs were harmed in the making of this film? Was Norman’s extra $5K worth the blood-letting and nervous breakdowns? And just how annoying can one child get?

That last question’s easy. Immeasurable. Four out of five Lone Star drinkers, all known alcoholics, and at least half of the tee-totalin population (U.S. and abroad) agree: Bob is the single most irritatin child in the history of cinema. And Fulci doesn’t slow-roll you into it. The effect is immediate, visceral and permanent—like that tattoo you got that says “Linda Forever,” right before Linda broke up with your ass. The only time he’s not irritating is when he’s scared speechless. Needless to say and to quote Norman’s predecessor, when it comes to Bob, we’ve lost all critical perspective.

Damien running sound effects at the pool table in The Omen pales in comparison to Bob’s obsession with his red, remote-control sports car and the pantomimed engine sounds that nearly drive his poor mother Lucy (the marvelous Catriona MacColl) to tears even before she walked into a kitchen-full of blood. Not like she cleaned it up. That honor was left to Ania Pieroni, who played babysitter Ann like she just came off a night at the discount sushi buffet after the AC went out.

We gotta call out some themes from the totals. Not since Joe Bob’s Demoni diatribe in the original marathon have we been treated to a Vomit Meter rating—97 if we recall for Demons and fitting given Giovanni Frezza, the actor who played Bob, appeared in both films. Let us also call the multiple organ references, enough to meet the standards of a personally annotated Hannibal Lecter cookbook.

All this gore would be true marks of distinction for any other filmmaker, but for Lucio Fulci, it’s another Tuesday. Or, instead of Fulci, should we say Louis Fuller, the moniker Fulci adopted like other European horror directors to make his films more commercial in the U.S.? It’s the equivalent of slippin on a pair of tight Jordache jeans onto some clenched Eye-Italian bewtocks: somehow it fits, everything but the dubbing.

Now, back to those multiple crying children. Have you ever noticed nobody ever listens to warnings from kids in horror movies? It’s like how people never consistently shoot zombies in the head, even after it’s clear that’s the only way to kill them. HBTC had warnings from not one crying kid but two. C’mon people, it’s like George Bush Jr said: Fool me once, shame on you. You fool me twice, cain’t get fooled again.

When one of the crying children is Bob, that’s more than enough. But before we heap too much hate on poor Giovanni Frezza, the real villian is Lyle Stetler. Lyle is the child dub actor whose picture we desperately tried to find and whose voice as Bob—in the words of our friends at Really Awful Movies—“grates like a tracheotomy patient singing Nickelback” and ensures we’ll be getting cheese with that whine for all eternity.

But hey, we’re all about being kindler and gentler here at The Last Drive-In. (After all, Joe did spend 247 minutes on a deep exploration of the proper use of ya’ll.) We like to think that somehow, somewhere, at a small café in Italy and at a table for three, Giovanni and Lyle are sitting down together over cappuccino and cacio e pepe catching up. The third chair’s for any friendly Mutant who might drop by. Ya’ll come sit down now, ya’ hear?

Until next Friday, we’ll be savin the seat for ya.