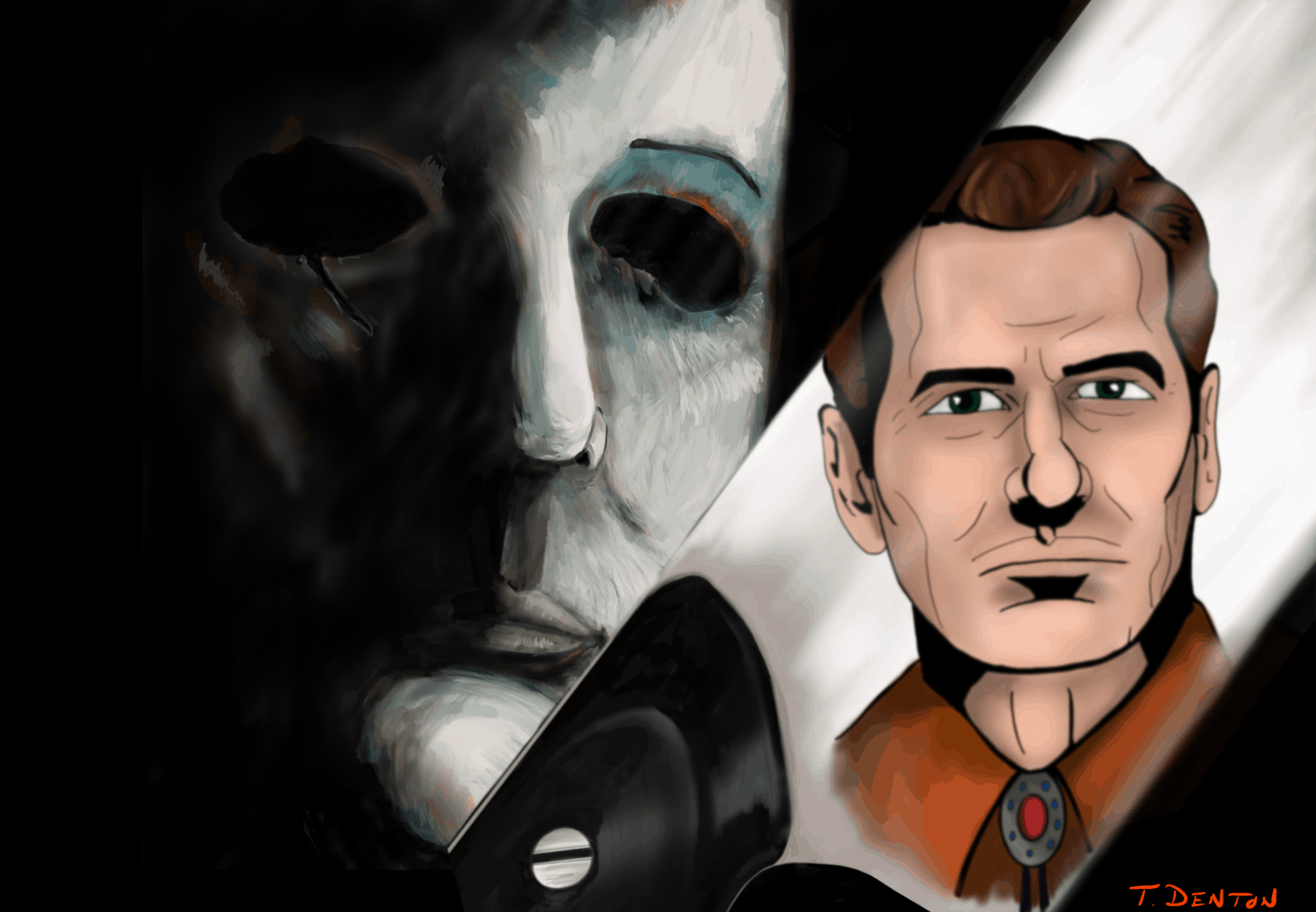 John Carpenter’s Halloween is the perfect horror film – not the only one, but one of the few. In addition to THE best score of all time, there is a deliberateness to his and Deborah Hill’s story-telling that checks all the boxes of how to pace narrative without ever seeming templated or formulaic. In fact, when Carpenter made his first masterpiece (because, The Thing), there was no template. Not like this.

Sure there were slashers, primarily from the Eye-Talians whose giallo-tinted thrillers actually contained all the sex and gore their American counterparts were accused of. And yes, there were predecessors: Black Christmas and the contemporaneous prototypes Psycho and Peeping Tom. But there’s just something about Halloween – including lessons to live by illustrated to perfection by my partner in crime, T.J. Denton.

Ya’ll are gonna gul’durn kill me for this one so let’s get it out of the way. There is one scene and one scene only I would change in Halloween: the end of the Judith murder sequence. Don’t get me wrong. I love the stage-theater, end-scene quality of what Carpenter does: a six-year-old Michael standing stock still, knife glinting, his parents looking silently on while just a few short yards away, their only daughter lies slaughtered by her brother’s hand in her upstairs bedroom. Only Michael knows it and they don’t.

But they could. Here’s my reshoot (based on what appears to be a pre-film Halloween script):

Mother and Father stare at the POV, at first in puzzlement, then slow, growing horror.

The father’s hand reaches up and rips off the Halloween mask,

revealing MICHAEL, 6, underneath, a bright-eyed boy with a calm, quiet smile on his face.

CAMERA PULLS BACK, revealing the blood-stained butcher knife in his

hand, then further back. CRANING UP past his parents standing there, up from the neighbor’s house to a HIGH SHOT of the neighborhood.

MOTHER and FATHER run simultaneously toward the house, entering side-by-side through the front door.

Suddenly, from inside, a voiceover of MOTHER’s piercing scream. Judith’s discovery.

Numero-Two-O: Listen to Your Oracles.

Two characters are routinely dismissed in Halloween. Together, they’re the Truth Axis on which preventable tragedy turns. Like William Blake, one sings from innocence, the other experience. First is Tommy. Whoever said “Children should be seen, not heard” clearly never spent a Friday night at CiCi’s Pizza. Yeah, he’s a little whiny but he’s seen, he knows and he believes. In the end, it is the sight of Tommy fleeing with Lindsay that tips Loomis to Michael’s whereabouts and helps him “save” Laurie.

Which leads us to Oracle #2. You study a patient for 15 years, learn his subtleties (e.g., quiet, super-quiet, insanely quiet, catatonic, is he still breathing), share your observations (“Screw the DSM diagnosis people. This kid is evil, mmm-kay?). No matter. Being a tweed-wearing, Beemer-driving Anglican will not save you any more than being a sassy, horny, back-talking cheerleader. NOBODY listens to Loomis’ Fancy Talk (including the TV-version-only scenes, shot after film production wrapped). By Halloween 4, @levans6081 and I agree he’s crazier than a shithouse rat. But he’s our crazy. And what about that so-called Fancy Talk? Loomis’ inability to convince – even with his most rational arguments – shines a subtle light on the demographic tensions (place, race, class, etc.) that too often creates real-life horrors.

Numero-Three-O: Your couch-frolic will not call you in the morning.

“Call me tomorrow?” Judith asks as her Minute-Man suitor puts on his shirt and leaves. “Yeah, sure,” he says. Translation: Cloudy with a chance of Hell No. That’s fine. She got hers.

Numero-Four-O: Dogs are a good judge of character.

Why did Lester have to die? He was such a good boy. He faithfully protected the Doyles. He would have eventually convinced them that Annie was a terrible babysitter using their house as her own personal Shag Pad. Rest in Peace, faithful friend. We send you off with the lesser-known canine variation of the traditional Irish prayer:

May the fire hydrant rise to meet you.

May the wind be always upon your face as you stick you head out the car window.

May the sun shine warm upon you as you lick your own balls.

And until we meet again, may the Lord of Dogs hold Beggin’ Strips for you in the palm of His hand.

“I didn’t know you thought about things like that, Laurie…You’re losing it, Laurie…Poor Laurie, scared another one away.” With friends like Annie, who needs enemies? Even Lester knows she’s a jerk. I used to wonder why Laurie was friends with her – or Linda for that matter. (Her snark comes out in the aforementioned TV-version.) But then I realized: These girls have known each a long time. They grew up in one another’s homes, went to the same schools and Haddonfield community events. They’ve become different people but their friendship has survived the test of time; unfortunately, it couldn’t survive Michael Myers.

Numero-Six-O: Somewhere out there is a station-wagon-driving guy named Devon Graham and he is fine.

Numero-Seven-O: Get your own damn beer.

After sex, this is just good manners. But had Linda gotten her lazy ass out of bed and gone down to the kitchen, we’d have missed one of the greatest kills and kill reactions in all of horror history.

Ahh, Ben Tramer. He was having such a good night. He went out drinking with Mike Godfrey. He just found out that the girl he likes him too. And what does it get him? Death by sequel. And all because he too went as William Shatner after sushi food poisoning for Halloween. Oh the humanity.

A 2019 Michael Myers would definitely be getting his steps in. Slowly. Methodically. But work on that target heart rate, Mike, and don’t forget to count calories burned while senselessly killing teenagers.

Numero-Ten-O: Sometimes it really is The Boogeyman.

Well Mutants, that’s it. Thanks for hanging with us through all six installments of the Slasher Life Lessons franchise. We like to think we stayed strong and never once jumped the shark. This Friday, what we’ve all been waiting for: Halloween Hootenanny, October 25 at 9pm Eastern on Shudder!