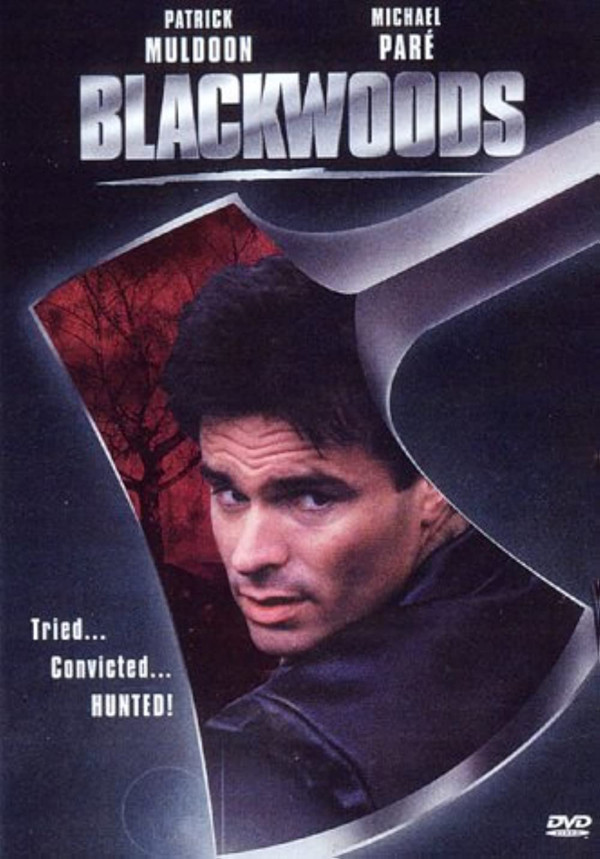 In the early 2000s, you needed only seven letters to strike fear in the hearts of genre flick lovers (and critics).

Not to be confused with the former first-round NBA pick and legendary Dallas Maverick center Uwe Blab, this is the confrontational German who put out what was widely regarded by critics back then as the worst horror flick to get widely released at the turn of the century — House of the Dead. At least, that is, until he put out Alone in the Dark in 2005.

The still-developing Internet had an absolute blast destroying what could have been the start of any big video game-movie crossover franchise Boll had his hands in. He was good playing the heel role — making a conscious decision to adapt beloved video game series and putting himself in the crosshairs of a united and vocal front of both fans of the games he wanted to movie-ize and movie fans who just hated his movies who just made it a mission to demolish the guy. Sites cropped up like “uwebollsucks.com” and accusations from angry gamer fans of Boll being an agent of Satan flew.

Here’s an outtake from the Internet Archive capture of uwebollisantichrist.com from 2006, and I quote:

Here’s an open letter from site creator “JMS” in a Wayback Machine capture from September 2008 from the site Stopuweboll.org, courtesy of the Internet Archive:

So Uwe had himself a following of angry antagonists, and Mr., sorry Dr. (he insists upon being called that since he got a doctorate in literature, although AP style would disagree) Boll even went to the length of BOXING against five of his harshest critics in an event sanctioned by GoldenPalace.com in Vegas in 2006. It’s documented here in the flick Raging Boll.

To note, Joe Bob was mostly on hiatus from reviewing drive-in flicks in the years when Uwe had his biggest releases and stuck to mostly indie flicks instead of wide releases during the second incarnation of his column for UPI, so he’s never had the experience. Plus JB wouldn’t have done boxing, he would have insisted on Mad Monkey Kung Fu or a Lone Star drink-off had Boll challenged him.

Welp, because I’ve chosen Boll’s 2001 movie Blackwoods for the third woods flick I’m reviewing this month, I could potentially be getting in deep doo-doo with the Kraut with cinematic clout myself and facing a challenge from an angry 50-something director. However, rather than boxing, if Boll doesn’t like what I have to say about his flick, we’ll settle it on the basketball court — one-on-one, mano-y-mano. He can defend the legacy of German hoops players like Uwe Blab, Detlef Schrempf and Dirk Nowitzki. I’ll defend the legacy of the one and only Hungarian NBA player, Kornel David, who played six games for my native Cleveland Cavaliers, scored 201 baskets in his entire career and never made a three-pointer.

But first, we have to see if Blackwoods, starring Patrick Muldoon (Ice Spiders, Starship Troopers) is worth deforestating.

Muldoon is this guy Matty Sullivan who used to drive around in a Mustang while wearing his ball cap backwards and he’s going to go about 100 miles away from the city with his girlfriend, Dawn (Keegan Connor Tracy from Final Destination 2 and the Dead Rising flicks), and meet her family for a weekend excursion to “the Blackwoods.” Matt’s not too sure about his safety so he takes a really big sharp knife with him.

On their way, they go to a quaint diner that serves wine, get the stink eye from a waitress, get pulled over by the local sheriff (Michael Paré) and get a hotel room from none other than Clint Howard. We get to listen to some budget Sade while they aardvark in Clint’s motel and that’s intercut with Matt flashing back to this time when he totaled his Mustang into a tree three or five years ago (it changes).

Then Dawn excuses herself for a walk post-aardvark and this provides the opportunity for a guy wearing a toque (that’s Bob and Doug McKenzie for stocking cap) with a bush axe and wearing Hunter S. Thompson sunglasses to bust into the hotel room and fight Matt, but then the guy disappears, leaving Matt to try to explain to a p.o.ed Clint Howard how a closet door and a lamp got busted.

The sheriff shows up, Clint stays p.o.ed about the damages and Matt still has to go meet Dawn’s folks — that is, if he can find where the heck she went…

Best Summarization of Domestic Unrest: Dawn tells Matt that her family is “not quite the carefree clan they used to be,” and then he meets her three brothers, a dad and mom who justifiably say the F-word a lot when they meet her beau.

Best Way to Start a Hunt: Matt is chucked down the steps and stabbed before being given a minute and 40 seconds to run off into the woods.

Best Voice of Reason: Matt’s ex Sarah (Sarah Deakins) told him not to get behind the wheel after five glasses of wine, but if he’d have listened to her, there wouldn’t have been a movie.

Best Philosophers: A tie between Sheriff Harding who tells Matt “I deal in things I see, not things I can’t see. and Mr. Sullivan, we are all on our own in this world” and the server at the diner who says “God’s got a funny sense of humor.”

The biggest complaint I had with this flick is that in between Matt and Dawn’s trip into the Blackwoods, Uwe did some nonlinear storytelling here and you couldn’t really tell if all these out-of-context quick cuts that we see of a dude werewolf-running through the woods, a curved blade affixed to an axe handle, an old woman and the wreck are a flashback or a flash forward.

The soundtrack also is a bit overdone as well with budget versions of Sade, Creed, Macy Gray and Portishead getting played in the background — every time anyone gets in a car, there’s a song playing and Matt has to have a smoke. There are at least 15 to 20 songs listed in the credits. Plus there’s also a double-stack Sixth Sense thing going on at the end where everyone might be dead or they’re a ghost or they might have just moved to Wisconsin.

Disjointedness aside, to his credit, Uwe might have snuck a side garbonza in during the hotel aardvarking scene. Matt’s roommate also shows off his bare butt, so there is no half-star deduction. I will warn that the flick is short in the dead body and blood department, but I’ve seen much, much worse.

Uwe gets two stars, and if he’s mad about that, then I’ll ask JB if we can put up a hoop at the next Jamboree.

Blackwoods is available streaming on Amazon and on physical media.

The next two weeks: I give people what they really want and expect around Thanksgiving time in these parts — Bigfoot flicks.