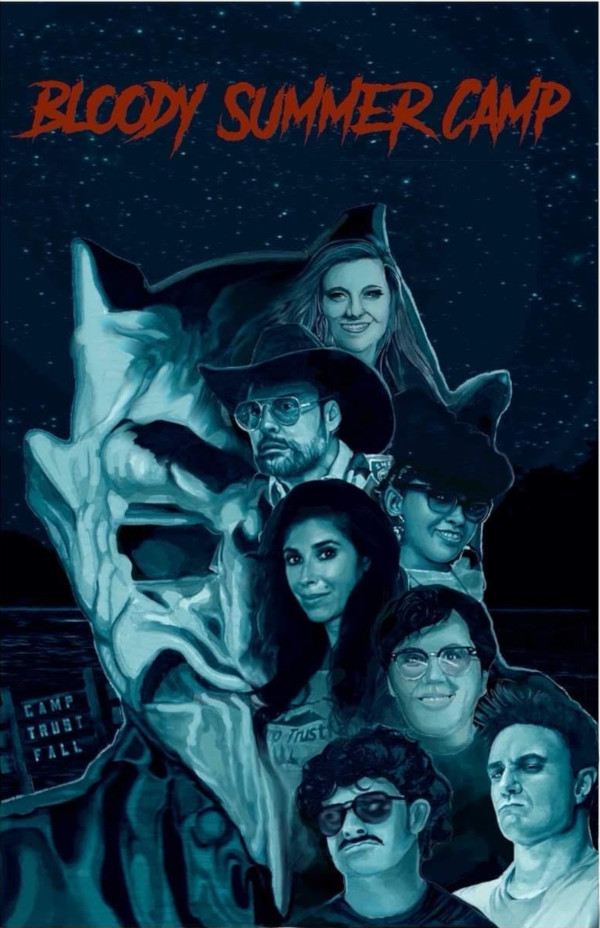 Summer’s starting, classes are finit-o, teachers can kick up their heels and not cry as much in the evenings five days a week and parents now have to meet the great challenge of finding places where they can dump off their kids so they can continue to work while school’s out.

The big questions for consideration — how far is too far to send em? How allergic are they to poison ivy, oak and sumac? How disease-ridden is the mosquito population this year in the area near the camp? Do venomous snakes thrive in the wilderness surrounding the camp? And lastly, but not leastly, is the place cheap enough to send them while also carrying sufficient liability insurance?

With the employment market as tight as it is, you know that it’s getting harder and harder for the industrious leaders of Camp Williwack, Camp Gong-Go-Ria, Camp New Dwell Hump and Camp Horse Sagebush to set their summer retreats apart. It’s a tough business these days, especially with Yelp out there, to get it so parents will send their kids out there for a week or two of facepaint and cookouts featuring proteins of dubious origin whose consumption might lead to possibly life-threatening gastrointestinal effects. How can camp leadership fulfill the need and meet the expectations for classy, dedicated guidance for the eager, enthusiastic and vulnerable kids entrusted into their care?

Welp, this conundrum has provided grist for the teen meat cycle for horror flicks for going on 40 years ever since Jason took his dip without water wings in Crystal Lake in the first Friday the 13th. But if you notice, it’s always the goofus rockhead counselors who cause the problems. If they’d just have watched the kid or, later on, just left the drooling, silent, hulking maniac alone in his decrepit and decaying enclave in the woods he calls home, well, less plasma would be fertilizing the woodland floor.

And there is the one other great question brought forth that’s universal to all the sequels to Friday the 13th and all the conceptual dogpilers carrying on from Jason’s algal bath — The Burning, Madman, the Sleepaway Camp flicks, among others — that I previously touched upon.

How did the people who reopened Camp Crystal Lake like eight times or all the other camps get an insurer to cover the liability premiums for reopening the sites?

I don’t think there’s a flick that EVER addresses that. Now it being back in the 1980s, you could maybe say, oh, the records were lost or burned up in a fire at the county recorder’s office and the adjusters out in the Big Apple or Boston couldn’t be bothered to drive all the way out to wherever and scout the local newspaper for old stories about bloody campsite massacres. But, you know, big massacre — killer never caught? Probably made headlines and the local news? Kind of a red flag there?

Still if a filmmaker has the hankering to do an outdoor summer camp massacre flick, there’s plenty of flicks to borrow from, and it has to be 1980s-adjacent because people these days can’t be that silly. Or can they?

That gets us into the latest from producer-director-writer Dave Kerr, he of the two-flick Slasher Nurse series (I reviewed Return of the Slasher Nurse a while back). He and his Slasher 15 Productions just got his summer camp-slasher opus out just in time for the start of summer proper. If you’re familiar with any of the aforementioned summer death flicks, you’re gonna recognize that he knows his stuff, and you’re going to see quite a few beats from those 1980s campout slasher classics remixed into a nice coagulated mess in Bloody Summer Camp.

Set in 1986 or in a reasonable facsimile thereof, the Mutant Family will have a particular interest in this flick because we have two Last Drive-In celebrities featured — our resident Mangled Dick Expert Felissa Rose and Dave Sheridan, the veteran actor who has answered phones for the charity telethon and was in the Haunted Drive-In feature on Sunday of last year’s Jamboree. (And shameless plug — they’re gonna both be at this year’s Jamboree as guests this July. If you’re there, go say hi to em!)

Bloody Summer Camp starts as nearly all horror flicks of the ilk start. You have to have some initial bloodletting to set up more bloodletting. In this case, two counselors-for-hire are headed out for their summer jobs at Camp Trustfall when they decide that they need to set up a tent and camp overnight instead of walking down the road to the nearest house and calling for roadside assistance to resolve their car troubles. Then an unknown assailant comes by and barbecues them inside the tent with a pretty nice roasted corpse effect to show that they didn’t make it.

We meet the next group of future counselors-in-peril with Tiffany (Kay Leahy), a bubbly good-girl blonde who’s nice to everybody she meets and wants to make it so the campers create the same history of great memories at the camp that she got, and Kimberly (Chandra Rawlings), the tagging along smartass party girl who clearly states her intentions. They stop at a gas station and ignore a bunch of missing-persons posters (indy filmmakers take note — this is one of THE BEST and easiest ways to reward your crowdfunders to get em in the flick). After a sorta weird encounter there, they conclude their journey over to Camp Trustfall, where we meet the rest of the crew based on the archetypes created by the summer camp slashers preceding it.

There are other ancillary folks — drug dealers, cohabitating horndogs, pervos — and one amazing comedic monologue by Sheridan as the inept sheriff who loves to weave pop-culture references in and out of his accusations of negligence and homicide.

The rest is pretty simple: Killer in devil mask, people die, big twist at end. Bloody Summer Camp wears its influences on its tattered, shredded, blood-stained sleeve. If you dig 1980s death-at-camp flicks and you arrange em alphabetically, put it right between The Burning and Bloody Bible Camp.

Best Declaration of Independence: Kimberly, just there for support for Tiffany, says “Do I look like I want to go to a summer camp? No. Kimberly wants to party.”

Most-Deserving Recipient of a Poor Performance Review: Pervo camp cook Larry (Christian Jensen, also a Kerr flick regular) is abusive and adds his own special sauce to the burgers, if you know what we mean and we hope you don’t.

Best Specialist in Treating Groin Injuries: The tattooed Nurse Jill (Julie Anne Prescott) has found her niche and performs it admirably judging by the number of patients she gets.

Best Statement on Modern Race Relations and Law Enforcement in the United States: Assistant cook Cornelius (Kerr flick regular Spartacus Jones) ascends to a position of prestige, escapes a terrible situation and then gets hassled by the man in the form of Sheriff Wilmore.

Best 1980s Homage That Folks Might Not Get: There’s this whole Revenge of the Nerds encounter that turns into a slow-motion chase through the woods.

Second-best Homage That Folks Might Not Get: They do the whole campfire scene from Madman (no singing, though).

Best A-hole: Zach is a hardass to everyone and likely would be responsible for Camp Trustfall’s negative feedback, saying stuff like “This is not about popularity. It’s about getting the kids in shape.”

Best Employee to Emulate: Mike (Wayne Townsend) has the mustache, the boombox and the attitude.

Three stars. A couple of the night pursuit scenes were just a touch too dark to follow the action.

The flick’s fresh out of the box right now streaming or you can get it on physical media through Slasher 15 Productions or see the handy-dandy graphic below they’ve released if you want to check it out.