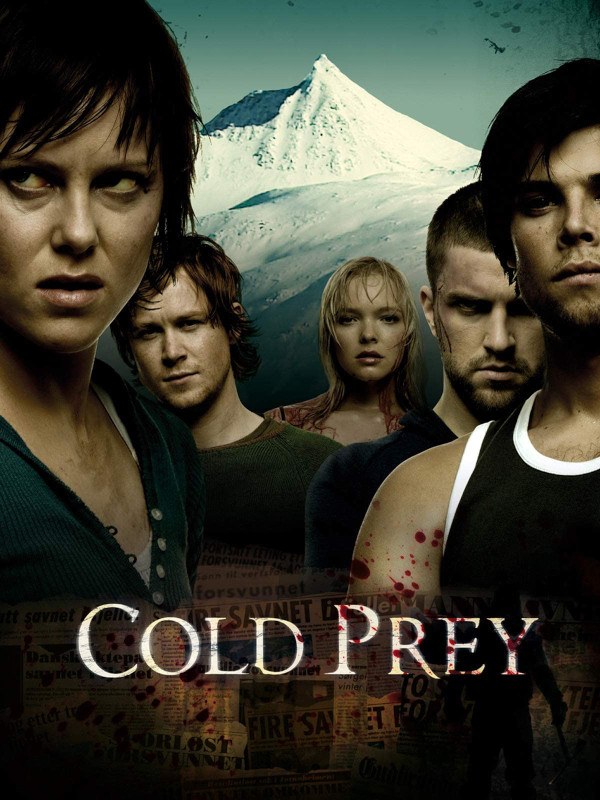 It’s pretty gray up there in Scandinavia, so there’s plenty of time up there for writers and directors to think up bizarre and nasty things to creep folks out.

A word of advice: Don’t sleep on Norwegian horror flicks.

A few of them have received some notoriety in the U.S. Probably the best-known example would be Dead Snow, which is the Nazi-zombie/Evil Dead homage that has a guy go with his friends to a cabin before he morphs into the Norwegian Bruce Campbell to punch out undead Nazis. Another great Norse flick, though not absolutely horror, is the trippy Insomnia that got remade into an Al Pacino/Robin Williams flick, but as is so often the case, the remake loses a bit when the Americanization happens to Eurohorror (The Vanishing and Nightwatch, I’m looking at you).

So the flick I checked out ended up being the Norwegian equivalent of Scream, horror-franchise wise, spawning a trilogy, except its content is more the Norse version of Wolf Creek than a hip, meta po-mo slasher.

Now people might start accusing me of not being a heroic scientist and then just send me a message that I am yellow with cowardice before I mention the title of this flick. I’ll take a moment to gaze intently at the three clocks approaching midnight in my place before looking out the window at a sky full of stars. You see, in my universe, some sparks could start flying in my head full of dreams. But rather than bask in the everglow, I really just have to contend with the gravity of reality.

That constant struggle being a part of my everyday life, this flick’s called Cold Prey (Frit Vilt). Not Coldplay. So Chris Martin, Gwyneth Paltrow’s ex, does not appear in this movie, and that teaser I put in last week’s column was just a bit of trouble that only a higher power could have given me a warning sign about. Honestly, I can joke until Kingdom Come or until aliens invade but with a head full of dreams, I do have to realize that I’ll never be the pun champion of the world.

Cold Prey is directed by a guy named Roar Uthaug, which, let’s be honest, would be enough to get him a job to direct any number of animal-attack movies from here to eternity, forever and ever, amen. If the universe were a sane and orderly place, Roar’d have a whole menagerie of flicks about killer lions, killer tigers, killer bears, killer pumas, killer ocelots, killer dingoes (he’d have to go on location to Australia for that one), killer wolverines, killer kitties, killer Shar-peis, everything.

Instead, he started with a slasher, did a fairy tale, did a disaster flick, did a Tomb Raider remake and then went back (thankfully) to horror with the recently-released monster flick Troll (and no, it’s NOT a remake of the one where Sonny Bono gets turned into a rutabega. That one gives me the shivers).

It’s Easter in the mountains and a bunch of people have gone missing. A kid with a black eye gets engulfed in the snow and he’s the first of more than 100, if the Norwegian news clip footage over the opening credits that signify the passage of time are to be believed.

After the credits, we get the typical horror flick setup: five college kids (maybe one finishing high school) with two making out in the back. The two in the front are also a friendly couple — adventurous Eirik (Tomas Alf Larsen) and obvious final girl Jannicke (Ingrid Bolso Berdal) — but they’re just not on the same page with their relationship. The other guy in the back is wan jokester Morten (Rolf Kristian Larsen) who talks a lot about self-love, if you know what we mean, and we think you do.

Anyhow, they all have their snowboards so Roar can get a bunch of great shots of snow-covered vistas into the flick. But then Morten proves himself to be a sucky snowboarder and suffers a compound fracture of the tibia.

Of course, there’s no phone service, but they do find an abandoned lodge, play 1970s lounge music, check out a pantry with stuff in jars that would have been more than three decades old at that point and realize that the lodge is actually the hidey-hole for a mountain-man psycho. This guy’s been abducting people, wearing animal skins and surviving for years on sardines and rage and stowing away all the gear he’s pillaged from all the people he’s murdered. Hence …

Best Name in the Credits: The costume designer is Baron von Bulldog.

Best Example of Disregarding an Injured Companion: Both Mikal and Jannicke get so wound up in panicking about the psycho killer stalking them that they forget that Morten has a messed-up leg.

Best-laid Plan of Ice and Trap: Mikal’s plan is to book it out into the tundra in a hoodie and no gloves but he doesn’t see the dang bear trap he steps in.

Best Description of a Mountain: “What’s special is the rear slope.”

Best Wrestling Homage: The pickaxe maniac takes a page out of the Iron Sheik’s handbook and kills a dude with the camel clutch somehow.

Best Way to Stop a Freakout When Being Pursued by a Psycho Killer: Jannicke gives Morten a canned food label to read and commit to memory.

Two and a half stars. (Half-star deduction because no garbonzas, bewtocks or whangdoodles, and yes, I know it’s cold in Norway.)

Cold Prey is available on Google Play and YouTube as well as on physical media. And if somebody writes in with the correct number of references to Coldplay that I snuck in this review of Cold Prey, I’ll send em a DVD out of the list of flicks I’ve reviewed.