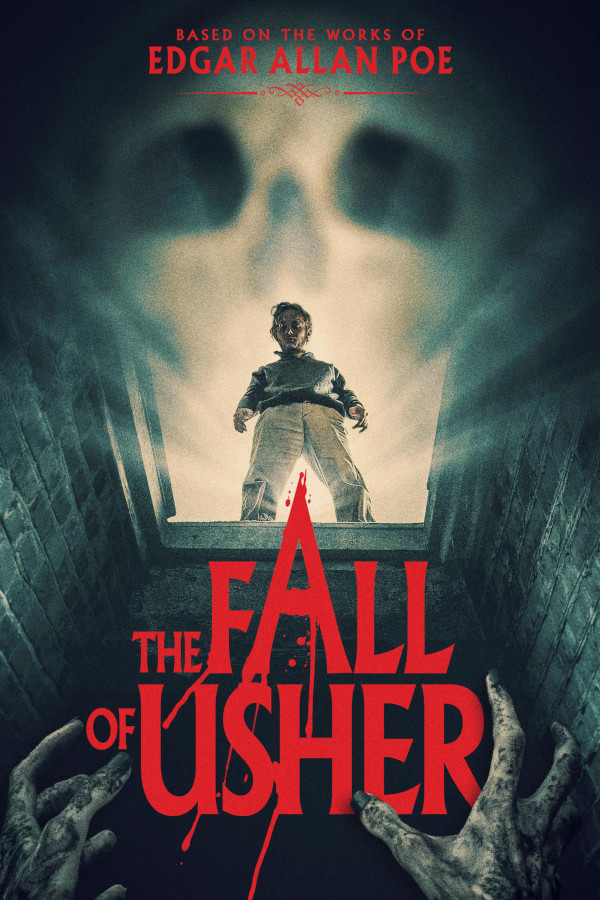 Ben Nagy reviews ‘Fall of Usher’: Hubbie-winning director gets all Poe-tic on us

The one sure trait that can be used to identify the truly great writers is the flexibility of their work to be understood and adapted by the skilled and the unskilled alike.

Great writing is like one of those six-cylinder Mopar engines from the early 1970s. You could be driving down the road going about 45. The windows could be down because it’s a humid night. You hit a skunk. It deflects off the fan belt and gets lodged in the air cleaner somehow. The car still runs. You smell like skunk for the rest of the night. People at the drive-in give you weird looks and the manager briefly considers not letting you in. Yet the car still runs.

The point being — no matter what creative modifications are made on a piece of great writing from a production or window-dressing standpoint, these writers have produced something that can survive middle school drama clubs, become a flick directed by Franco Zeffirelli, get adapted by James Gunn and Lloyd Kauffman OR star Leonardo DiCaprio and Claire Daines. It’s why Mark Twain’s essay Fenimore Cooper’s Literary Offenses was hilarious to a high school kid wearing a purple-checked flannel over a Faith No More shirt (me) about a century later. (The flannel’s dead. Still have the Faith No More shirt.)

What’s good is good and for the most part, that doesn’t change unless societal norms pass it by. (And that’s a whole separate conversation).

So Brian Cunningham, winner of a 2021 Best Feature Hubbie Award for his flick Loss Prevention and director of two flicks that have been reviewed here in the Screening Room since I started writing for Joe Bob three years ago (Wretch and Monsters Wanted, if you want to read them), isn’t necessarily setting himself up for failure when he busts out an adaptation of Edgar Allan Poe.

Then again, there is SOME risk going with a Poe flick for the modern era in a post-TCM world. Gothic treatments aren’t getting any younger. Poe’s prolix writing is downright archaic in the era of the tweet.

Those facts make Cunningham’s decision to have his lead actor in Fall of Usher narrate passages from Poe’s Fall of the House of Usher story while staring straight at the camera at numerous intervals a display of some pretty big gazebos.

Riker Hill (he was in Wretch) has to strap this flick on his back like Stallone in that one scene in Rocky IV where he’s running around pulling a big sled out in the snow in Siberia. It’s his job as Usher the Youngest to express his contempt at his dying dad, his anger at his older brother, his grief over the loss of his mom and his growing infatuation with the home health aide, Anna.

Listen up — you need a guy who can play an unreliable wasteoid on the edge? Riker’s your guy.

Instead of being a long-haired druggie guy who convinces to have his friends consume the purple extract that summons a towering wilderness demon creature and trip balls like he was in Wretch, he gets to have a drug trip, do the Norman Bates routine of monologuing while staring into folks’ souls and sleep with corpses. It works in varying degrees, especially with the lilting, vaguely Victorian accent he uses when doing the Poe text, but once you get to the powerful end scene (which could have gone just a fraction of a second longer with a sound cue that might have slightly resembled the sound of a gas oven lighting before the credits hit), it all will end up making sense if you believe what you’ve seen.

And speaking of unreliable and unstable psychological constructs, here’s …

Best Scene: It wouldn’t be an Edgar Allan Poe adaptation without a heart-stopping encounter in a scary-ass basement.

Best Rival: Older brother Wilson (Spencer Korcz, another Cunningham regular and the main protagonist of Wretch) isn’t too pleased when he finds out Anna left him for his little bro even though he’s the one who got the cash upon their dear old Dad’s death.

Best Cohabitation: Usher gets cozier with Anna down in the basement after an unfortunate turn of events.

Second-best Cohabitation: Wilson wins out in the end and gets the girl.

Cunningham’s cinematography, which showed flashes of brilliance in Wretch, takes a great step ahead in Fall of Usher — the dream scene and the drug trip being two standouts. As a director, he also doesn’t fall into the low-budget trap of just setting the camera in one spot and having the actors run lines before cutting to the next scene. The camera moves, there are actual moments for the actors, there’s sound design and a musical score that adds to the tone and there are changes in pace — montage, flashbacks, monologues — helping to avoid the potential of a story that is approaching 200 years old (1839 was The Fall of the House of Usher’s initial publication) seeming boring in the accelerated times in which we live.

With this one, patience is a virtue. Four stars.

Check out Fall of Usher on digital by visiting the Thoughtfly Films website.