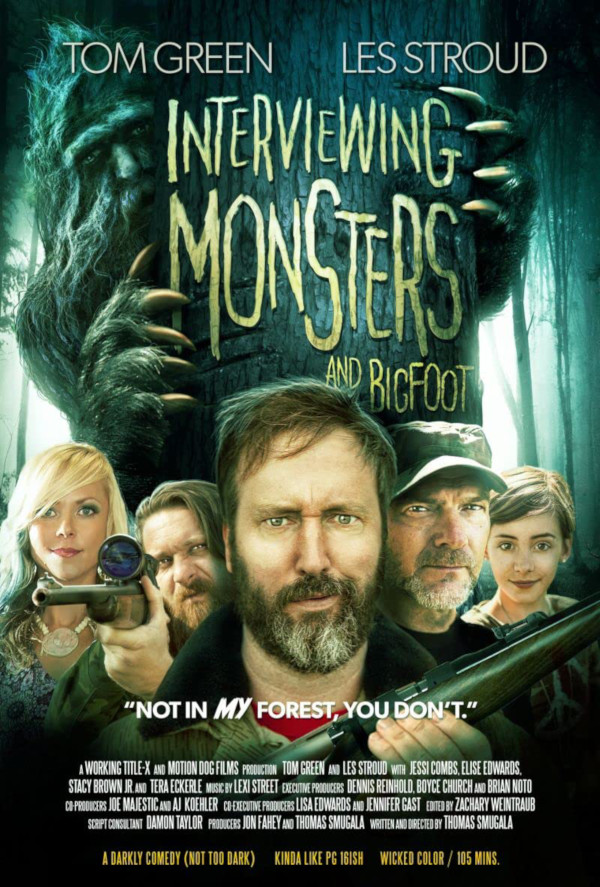 One of the best reality survival shows that ever existed was called Survivorman and I loved watching it when it was on the Discovery Channel in the mid-2000s.

Basically this Canadian guy in a bandana named Les Stroud would go out into remote places all over the world in survival scenarios for a number of days. The producers’d throw him out in the middle of the Canadian taiga in a parka with nothing but his video camera, a busted-up tricycle, about half a Slim Jim and his trusty Leatherman Wave multitool. One episode they threw him in the middle of the rain forest and then in another they threw him in a raft in the middle of the ocean. Then he’d have to record his experiences over the three or five days as he worked to use the stuff he had been left with and what he could scrounge up to survive and get himself over to the pickup point.

The best thing about Survivorman, though, was that he had to compose and set his shots all by his lonesome and was not flashy other than when he showed off his awesome musical chops when he’d bust out his harmonica and jam (he’s a musician too), usually to celebrate successfully creating a roaring campfire with just a pile of dried-out raccoon dung and a G-string that some woman threw into the deciduous forest her boyfriend’s prop plane was flying over and that he was now stranded in.

He also didn’t jump off waterfalls with his shirt off and a rebel yell or do any melodramatic nonsense as other survival celebrities did — it was all about calmly suggesting what to do in a situation when you’re stuck in nature with not a lot around you, so it was educational rather than focused simply on entertaining. The folks who crashed in that plane in that show Yellowjackets woulda had it a lot easier had they been able to watch Survivorman before the plane crash, but the show didn’t exist yet, you know?

The last season of Survivorman, the show’s sixth, did veer toward the entertainment side of things because he spent the whole time questing for Bigfoot. And that brings us to, not coincidentally, this week’s flick, which stars the Survivorman himself — Interviewing Bigfoot and Monsters.

So this flick is a true woods flick. It has:

The only rule for a Woods flick it does violate is that there is cell phone service.

And regarding whether it is a true Bigfoot flick, it has the requisite shot of Bigfoot’s foot and Bigfoot does go on a rampage and people hunt him, so all good there.

So Stroud and Canadian comedic pioneer Tom Green are the marquee names in this madcap Sasquatch pursuit flick with a bunch of redneck humor and poop jokes. There’s familial dysfunction, conspiracy theorists, shadowy government cover-ups, small-town feuds, mad quests for revenge, unreliable narrators, a ponytailed lady acting as a Greek chorus strumming a guitar out in the woods, skewed perspectives and all other matter of craziness going on in writer-director Thomas Smugala’s movie.

Green is Billy Teal, the forest ranger in Mark Twain Forest deep in Missouri whose first line is “She had to have anal rejuvenation surgery because of you!” and who exhibits poor marksmanship when trying to shoot Bigfoot hunter Fran Andersen (Stacy Brown Jr.) at the outset. Stroud’s Professor Mathis and Andersen have various levels of the Captain Ahab thing going on when it comes to getting Bigfoot, since Mathis’ wife brained herself twice and died in the presence of the creature, who might just be a really hairy escaped convict or dressed up in an orange pimp hat, depending on the perspective.

I was reminded of the frenetic chase classic It’s a Mad, Mad, Mad, Mad World (not to be confused with the song by Tears For Fears or the later redo in Donnie Darko) or a feature-length episode of Tom & Jerry with all the cartoonish pursuits and elements going on — ranger after Andersen, ranger’s sister after Andersen, agents after Andersen, professor and everyone else after Bigfoot to get a prize worth millions. But there are sufficient interludes of hand-to-hand combat, amputations, bludgeonings and other acts of senseless violence, as evidenced by …

Best Fight Scene: When Lexi and Jessi* get into a big catfight that involves guns and a pillorying using a snake. (*there are so many folks with names ending with the “ee” sound in this flick that I got confused)

Second-best Fight Scene: When the Bigfoot hunter Andersen becomes the hunted and he and the Sasquatch beat each other up for five, 10 minutes all around the county, including a kung-fu interlude.

Best Way to Burn Down a Tent: In what likely is a cinematic first, two lesbian campers torch their wilderness abode while lighting farts.

Best Budget Amputation Remedy: One of the Shinehuff brothers shears off his thumb while cutting firewood with a circular saw and puts it back on with super glue and duct tape. (I had a friend in high school was doing the same thing and he almost cut his dang leg off, but then he’d always wear shorts to school to show off the gnarly scar on his thigh.)

Best Way to Season a Loved One’s Popcorn During Courtship: Casey, Professor Mathis’ son, does the old whangdoodle in the bottom of the bag trick.

Best Heirloom: Ranger Billy as a teen finds a Sasquatch scrotum and keeps it at home.

Best-dropped Subplot: Andersen has a propensity for going to the bathroom in public.

Best Grasp on the Heavy Responsibility He Has to Safeguard Nature: Ranger Billy: “I’m sworn to protect everything in that forest, every bird, squirrel, tree, rock, gerbil, lion, tiger, Mexican…”

The main critique about this one is that it really had some high energy that short-circuited at times. Would have liked it even more had Tom Green been given a bit more to do and some of the rough edges had been smoothed out earlier in the flick from a character development standpoint with a more linear setup.

The musical interludes in separating some of the episodes were a good thought, but those, along with the interviews that gave the flick its title, made it more of a rocky road to watch. Had the interview vignettes been piled on at the front of the flick and the flick been retitled to something funnier (“Popping the Squatch?”), it might have been a smoother ride.

Giving Interviewing Monsters and Bigfoot three stars. Half a star deduction’s in effect since Bigfoot did not flip over a vehicle, as required by the groundbreaking 1976 episode of the Six Million Dollar Man. (He did flip over a holding cage and hold back a pickup truck.) They do the black bar thing to a garbonza shot late in the flick but that’s probably because it’s a simulation of a daytime talk show. However, there is a bewtock visible and an alleged severed scrotum from Bigfoot in the flick, so I will not enact a deduction since I think we can alter our standards in these modern times and consider bewtocks one of the three Bs. We’ll check with Joe Bob to be sure that I’m not violating the Drive-In Review Code by doing that.

Check out Interviewing Monsters and Bigfoot for free on TubiTV and on Prime Video and on physical media. Just be prepared to hit the contrast and brightness buttons on your TV from about a buck-22 in.

To close out November early next week: Our final foray into the woods with Bigfoot starring a drive-in legend that old-school Mutants are sure to know.